Insurers are likely to pay out more than $1bn (£665m) in losses due to winter weather events including heavy snow, cold and freezing rain in February in the US, according to a study. 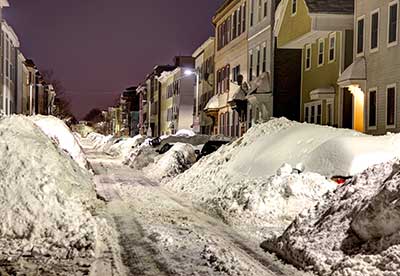 A report entitled Global Catastrophe Recap revealed economic losses - a combination of insured and uninsured losses - were estimated at "low-digit billions of dollars", while insured losses - losses sustained by private insurers and government-sponsored programs - were likely to exceed $1bn.

The report, published by catastrophe model development centre Impact Forecasting, said Boston registered its snowiest (64.8 inches of snow) and second coldest February on record, and "was poised to challenge the winter season of 1995/96 as the snowiest in its recorded history".

Steve Bowen, Impact Forecasting senior scientist and meteorologist, said: "Prolific winter weather highlighted a very active February for the eastern half of the United States. Boston was the epicentre for record snowfall that resulted from an onslaught of strong winter storm systems."

Bowen said arctic cold also contributed to residential and commercial losses that impacted dozens of states in the US.

"As we begin to transition to the start of the severe weather season, it will be interesting to see if a cooler pattern lingers into the spring months. Should such a scenario occur, it is entirely possible that US tornado totals could remain at historically low levels for a fourth consecutive year," he said.

In Asia, the "costliest" event in Indonesia was flooding that killed six people. Total damages in Jakarta alone were listed at $235m (£156m).

And in China an earthquake on 22 February damaged at least 3,000 homes. Although no casualties were reported, economic losses were estimated at more than $15m (£9.9m).

This article appeared in our March 2015 issue of The Actuary.
Click here to view this issue
Filed in:
03
Topics:
Global