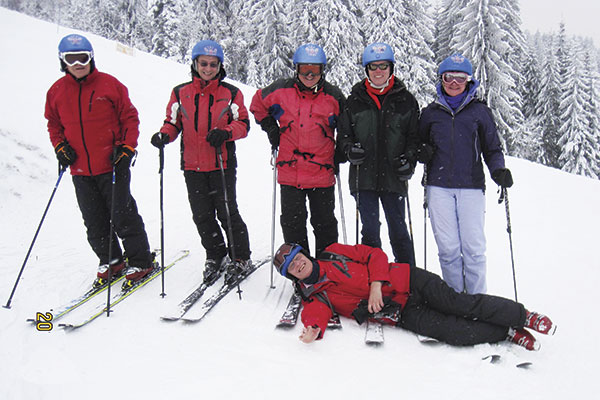 Towards the end of January, the inter-livery skiing competition took place in Morzine, France. Started seven years ago, the event has grown steadily and this year there were 150 skiers from more than 20 livery companies.

As always, the Worshipful Company of Actuaries took a team, captained by IFoA president-elect, Fiona Morrison.

I am afraid we did not win any of the big prizes - not even the Actuaries Cup, in which skiers' times are age- and sex- adjusted by a fiendish formula we invented and which was supposed to give us a sporting chance.

However, we did have some success. I am delighted to report that actuary Richard Hawkes (a past-master of the livery company) not only got the Seniors' Prize for being the oldest participant to complete the course but was also part of the team that came third in the 'Over 200' competition. The latter is open only to livery companies that can field a team of three whose combined ages exceed 200.

Both this and next year's president meet the usual 'criteria' of being very good skiers and members of the Livery Company, and Nick Salter took a weekend off his professional duties to ski magnificently as always. Unfortunately, I was skiing less well and, in our pre-race practice, I clipped the ski of Nick's wife, causing her to fall - very gently I might add. I was the first to offer her help getting up - but too late - the headline for this article was inevitable. Luckily I was forgiven, and Nick put in a stunning performance in the race to lead our Livery Court team of three to the bronze medal slot, with George Yoxall and I many seconds behind but just good enough.