The Labour Party has unveiled plans to cut pension tax relief on incomes over £150,000 from 40% to 20% in order to help fund a cut in university tuition fees. 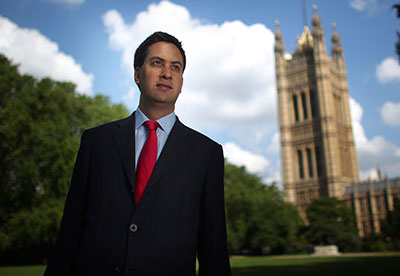 Joanne Segars, chief executive at the National Association of Pension Funds, said the changes were likely to affect many middle-income savers, such as senior nurses and teachers.

"This is not an issue on which any future government can afford to make knee-jerk policy decisions upon. We need a proper debate on tax in the broader context of pensions and retirement savings, and this should be overseen by an independent retirement savings commission to ensure the long-term needs of savers remain at the very heart of the government's approach," she said.

Barnett Waddingham senior consultant Malcolm McLean said the proposed reductions in pension tax allowances were "bad news" for savers and would be a backward move.

"At a time when strenuous efforts are being made through automatic enrolment and other measures to stimulate and energise saving into a private pension it is very disappointing to hear the Labour leader announcing such a retrograde step," he said.

Stephen Green, senior consultant at Towers Watson, said the impact of a reduced lifetime allowance on retirement should be a "real concern" for high earners in their fifties.

"These three measures overlap and could all be expected to change people's behaviour. Estimating how much revenue they would raise in combination is therefore very difficult. To the extent that employers change their benefits policy to pay high earners more through cash that is taxed now and less through pensions that are taxed later, short-term revenues could increase further but these immediate gains would be offset by lower tax receipts further down the road. "

Chris Noon, partner at Hymans Robertson, said: "While a policy that delivers a quick win for any government's balance sheet might seem lucrative, there is unlikely to be any long term gain for society or the economy."

Tom McPhail, head of pensions research at Hargreaves Lansdown, criticised politicians for viewing retirement savings "as a convenient piggy bank which can be raided to pay for pre-election promises".

This article appeared in our March 2015 issue of The Actuary.
Click here to view this issue
Filed in:
03