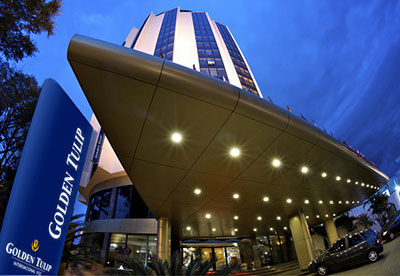 According to a report, European Hotel Transactions from HVS Hodges Ward Elliott, the increase was due to "comparatively attractive income returns" and better business strategies in the hotels sector.

The report said the UK was the most active hotel real estate market in Europe, with 2.5bn (£2.17bn) spent in single asset transactions, defined as sales of single hotels. This was followed by France with 1.4bn (£1.02bn) and Germany with 827m (£604m).

Jill Barthel and Adrian Ruch, analysts at HVS and authors of the report, said as an asset class, hotel real estate was "the top sector in Europe last year, growing faster than office, industrial or retail space".

The report said portfolio sales, defined as sales of multiple hotels, doubled to 6.9bn (£5bn) compared with 2013, representing 48 per cent of total European hotel investment. The UK had a total volume of portfolio sales of 2.5bn (£2.17bn), representing 37% of the portfolio market, while Germany and France accounted for 20% and 5% of the market respectively.

According to the report, this result was "helped significantly by the largest deal of 2014", which was Starwood Capital's acquisition of Louvre Hotels Group for 1.2bn (£873m).

"The hotels sector has once again renewed its popularity and is becoming something of a favourite with investors. This has been prompted and supported by strong hotel performance in key cities and looks likely to continue as long as the economy across Europe continues to grow," said Ruch.

He added he expected to see further interest in other locations in the UK from investors during 2015 as well as in "key gateway cities such as Amsterdam and Barcelona".