A new pensions commission needs to be established to tackle insufficient retirement income. 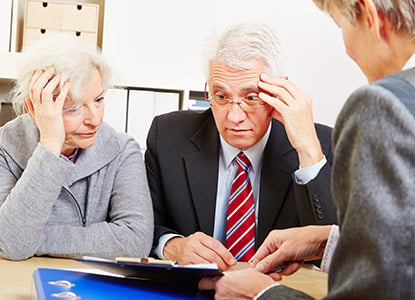 The International Longevity Centre – UK (ILC-UK) said despite a number of "positive policy initiatives", such as auto-enrolment and pension reforms, economic and demographic problems could prevent savers from securing an adequate retirement income. The problems included a rise in household spending, with the household debt to income ratio predicted to "rise above its pre-financial crisis peak in 2018", and greater life expectancy.

In a report entitled Consensus revisited: the case for a new Pensions Commission, ILC-UK argued savers faced constant policy changes, and said a commission was needed to look at the problem of retirement income adequacy "in a holistic way" and which could "bring back some certainty about the future direction of pensions policy in the UK built on consensus".

According to the report, published by ILC-UK and sponsored by Prudential, a commission should report to the secretary of state for work and pensions, the chancellor of the exchequer and the prime minister.

Ben Franklin, senior research fellow at ILC-UK, said: "The core goal of ensuring adequate retirement incomes based on the principle of consensus based policy making, is consistent with the original thrust of the Turner Commission a decade ago, and can be at the heart of a new coherent settlement on pensions policy in the UK."

The IFoA welcomed the report and stressed that managing financial risks was now the responsibility of individuals. The IFoA said the new commission, if established, should help individuals deal with the "big risk of running out of money in retirement".

IFoA president Nick Salter said: "The IFoA suggests that, if a new commission is established, the focus should be on how to help individuals to understand the relationship between what they save during their working lifetime and the income those savings may provide in retirement, including how their decisions can help them manage the financial risk of how long they will survive in retirement.  Helping individuals deal with the big risk of running out of money in retirement will be a vital ingredient to the successful outcome of the new pension reforms."

The first pensions commission, also known as the Turner Commission, was set up in 2002 and ran until 2006.