Government needs to 'crack down on rogue CMCs', says ABI

The Association of British Insurers (ABI) has urged the government to crack down on rogue claims management companies (CMCs) as part of reforms to drive down the cost of motor insurance for young drivers. 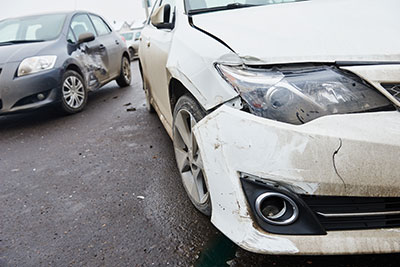 Firstly, the ABI said introducing a "graduated driving licensing regime" would improve road safety and lead to lower premiums, because figures showed people aged 17-19 made up only 1.5% of licence holders but were involved in 12% of road crashes.

Secondly, the ABI suggested an increase in the "small claims track limit" from £1,000 to £5,000 for low value road traffic accident claims. The ABI said: "The small claims track, with the appropriate safeguards put in place is a cost-effective, simple and speedy way of settling lower value personal injury claims which will help to lead to reduced premiums."

Thirdly, the ABI argued that, although CMCs were no longer allowed to offer inducements to encourage people to make claims, the government should "crack down on rogue CMCs". The ABI said: "Although the powers of the CMC regulator have recently been increased, more can be done to clamp down on the unscrupulous CMC involved in nuisance calls and bringing forward frivolous claims."

James Dalton, director of general insurance policy at the ABI, said: "Three years on from the prime ministerial summit, insurers continue to deliver on their commitment to pass on costs savings to consumers following reforms to the civil justice system. While good progress has been made, more can be done to strip out unnecessary costs from the market and help bring down car insurance premiums, particularly for young drivers. Increasing the small claims track limit is a potential quick win and would reduce premiums."

The prime ministerial motor insurance summit took place in February 2012, and its aim was to improve road safety for young drivers and tackle "exaggerated and fraudulent whiplash claims".

This article appeared in our February 2015 issue of The Actuary.
Click here to view this issue
Filed in
02
Topics
General Insurance