Chinese, Italian and US firms most vulnerable to climate risk

Firms in China, Italy and the US are most vulnerable to climate risks, according to research. 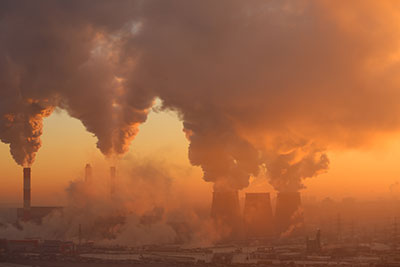 Based on data collected from 3,396 companies across 11 countries, the report Supply Chain Sustainability Revealed: A Country Comparison said firms in these countries faced high exposure to climate risks but undertook "relatively little in the way of mitigation".

Written by Accenture and commissioned by the CDP (formerly Carbon Disclosure Project), the report said China was the world's biggest carbon emitter and was therefore facing "acute climate risks".

Canada, India and Brazil were considered "inactive" in the sustainability risk and response matrix, as firms in these countries faced low exposure to risk, thus they were unconcerned about climate risks.

Indian and Canadian suppliers were blamed for "not doing enough" to manage climate change risks. The report said: "Indian companies, in particular, demonstrate a low propensity to report on emissions."

However, China and India delivered the greatest return on investment when they invested in emission reduction initiatives.

Paul Simpson, chief executive officer at CDP said: "It is particularly exciting to see such a strong appetite for collaboration and superior financial returns on initiatives to reduce emissions from Chinese and Indian suppliers.  This should attract investment, which in turn will drive greater action within these high emitting markets."

Of the 11 countries analysed Brazil had the lowest proportion of firms setting emission reduction targets, with only 26% of firms doing so. The report said: "Brazilian suppliers come last in terms of emissions target setting and investment."

France, the UK, Spain and Germany were the most sustainable economies in supply chain. According to the report, these countries faced low risk exposure but had taken extensive measure to manage climate risks.

Although Japan faced high exposure to risks, it was "well-equipped" to respond to these.

This article appeared in our February 2015 issue of The Actuary.
Click here to view this issue
Filed in:
02
Topics:
Risk & ERM