Sales of funeral pre-paid plans up by 9%

Pre-paid funeral plan sales grew by 9% in 2014 and more than £3.2bn is invested across the funeral sector, according to research. 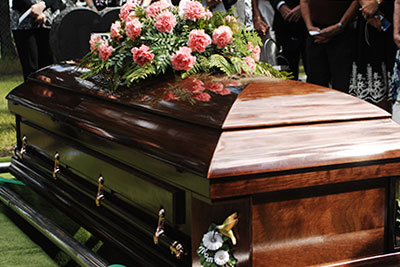 Sales of plans by providers registered with the Funeral Planning Authority (FPA) increased by around 12,000 to 147,325.

According to funeral plan provider Golden Charter, with the average cost of a funeral in 2014 being £3,400, the total amount invested in plans was £500m.

The increase brings the total number of plans in force to 950,000, with 60,000 paying out each year. Around 10% of funerals are funded by pre-paid plans, the firm said.

It said growing concerns about paying for a funeral was driving the growth, with the average cost of a funeral rising around 3% per year.

In pre-paid plans, customers pay a lump sum up front which contributes to the cost of their funeral.

"Pre-paid funeral plans give people comfort that their funeral is paid for and that they can have the funeral they want. While it may not be a subject we like talking about nobody wants to leave a debt burden on their families."

This article appeared in our January 2015 issue of The Actuary.
Click here to view this issue
Filed in:
01
Topics:
Life insurance