Insurers must prepare for Ebola, warns the World Bank

Insurance companies need to work with governments and NGOs to build a system to help all countries prepare for health disasters such as Ebola, according to the World Bank. 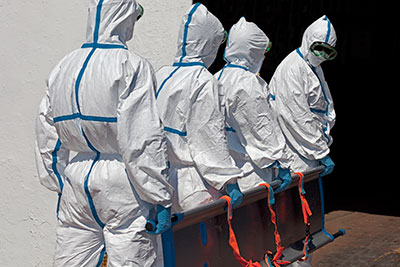 In a speech, World Bank president Jim Yong Kim said he expected a proposal to be produced in the coming months that would involve a combination of bonds and insurance instruments, similar to a homeowner's insurance policy.

"This could work like insurance policies that people understand, like fire insurance," he said. "The more you are prepared for a fire, such as having several smoke detectors in your house, the lower the premium you pay."

Kim added: "The more that countries, multi-lateral institutions, corporations and donors work together to prepare for future pandemics - by building stronger health systems, improved surveillance and chains of supply and transportation, and fast-acting medical response teams - the lower the premium as well. That would benefit donors and others who would pay the premium, but the greatest benefit would be that market mechanisms would help us to push improvements in our preparedness for epidemics."

The World Bank Group president said the bank had been working with several other organisations, including the World Health Organisation, academics and reinsurance company officials to develop a pandemic facility.

Speaking at Georgetown University yesterday, Kim said the world was "dangerously unprepared" for future pandemics. He added: "The Ebola outbreak has been devastating in terms of lives lost and the loss of economic growth in Guinea, Liberia and Sierra Leone."