Actuaries and industry experts have criticised the pensions minister Steve Webbs proposals, which would allow existing pensioners to cash in their annuities, saying the idea was not straightforward and unworkable. 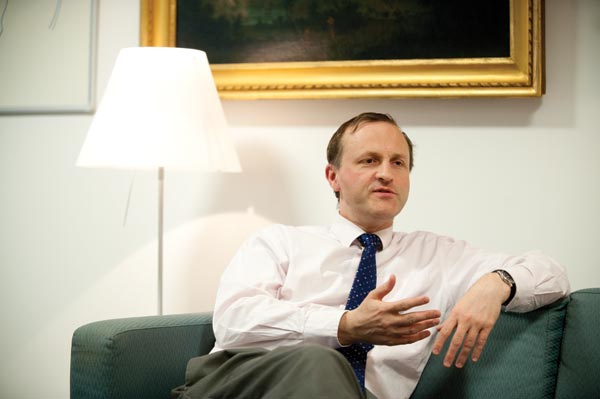 Webb's New Year's message attracted little support from pension experts who said the minister's idea of facilitating the resale of existing annuity contracts would further reinforce the need for good and independent guidance.

Nick Salter, president of the Institute and Faculty of Actuaries, said the proposal would continue the 'pensions revolution', which began last year 2014 with the announcement of greater freedoms for retirees.

However, Salter argued: 'We maintain that offering greater freedom of choice can offer flexibility and opportunity for pensioners but allowing existing pensioners to surrender their annuities will not be straightforward - for consumers or annuity providers.

'In the midst of a large number of pension reforms, this further change would reinforce the need for individuals to have good guidance and, where required, good independent advice.'

Tom McPhail, head of research at Hargreaves Landown, offered further criticism, saying Webb's plan was 'unworkable'. He suggested that the Liberal Democrat minister made the suggestion with an eye on winning votes in the upcoming May elections.

'It is to the government's credit that they are continuing to seek new ways to reinvigorate the retirement savings sector and to encourage investors to take control of their own money; we just don't think this latest idea will ever work,' said McPhail.

'Similar schemes using life insurance contracts in the past were labelled by the FSA as "high-risk, toxic products".'

Malcolm McLean, senior consultant at Barnett Waddingham, echoed these concerns and suggested that trading in annuities for cash might not be politically viable.

'I have got a feeling that for a new government possibly of a different political persuasion this all may be a "bridge too far" and may get shelved until such a time as experience of the start of the Budget changes in April is fully and properly evaluated,' McLean said.

Webb's proposal emerged in an interview with the Sunday Telegraph newspaper. He said extending the pension freedoms announced in the Budget would give up to five million existing pensioners the chance to trade in their annuities for a cash lump sum.

The reform would also create a new market in 'second hand' pensions, as insurance firms and other companies buy up individuals' annuities, bundle them together and sell them on in bulk.

'I want to see if we can get these freedoms extended to those who are receiving an annuity but who might prefer a cash lump sum,' Webb said.

'No-one would be obliged to do so, but for those who would prefer up-front capital to regular income, I can see no reason why this should not be an option.'