Government ministers have announced that £2.3bn will be allocated to boost flood defences in England to 2020, improving protection for more than 300,000 homes. 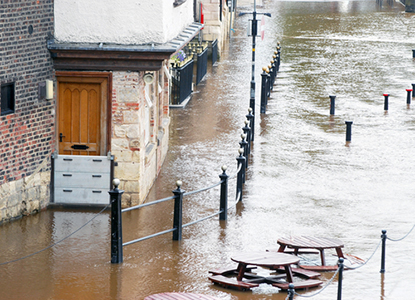 Ahead, of tomorrow's Autumn Statement, Chief Secretary to the Treasury Danny Alexander confirmed the funding boost for more than 1,400 schemes.

He said good quality infrastructure was vital for the country's economic wellbeing, and everyone needed to be protected from flooding.

'That is what our pioneering focus on better infrastructure seeks to achieve,' he added.

Major spending includes £57m for a flood alleviation scheme in Oxford, £80m for the Humber Estuary and over £17m for Tonbridge, Yalding and the surrounding communities in Kent.

Alexander also confirmed that £15.5m would be spent on flood defences in Somerset over the next six years, including £4.2m on the Somerset Levels, which was among the area hit by storms earlier this year.

'We all saw the destruction and heartache caused by flooding last year and that is why this investment is vital to build Britain's defences for the future,' he added.

'The projects we are announcing today will protect some of the country's most at risk locations ensuing that we will be as prepared as possible for future severe weather.'

Environment Secretary Elizabeth Truss stated the spending would bring peace of mind to residents and businesses.

'We are spending £3.2bn in flood management and defences over the course of this parliament - half a billion pounds more than in the previous parliament.

'This, combined with the record level of investment in capital we have set out today, will improve protection to 465,000 homes and businesses by the end of the decade.'

Responding to the announcement, Huw Evans, deputy director general at the Association of British Insurers, said clarity about funding allocations, which has been first indicated in last year’s Spending Review, was welcome.
'However to keep pace with what is needed to protect our flood-risk communities, the government's own climate change advisers have identified a £500m shortfall between current spending and what is necessary,' he added.

'So it is vital that the next spending review continues to increase funding for flood defences and maintenance if we are to be prepared for the future.'

This article appeared in our December 2014 issue of The Actuary.
Click here to view this issue
Filed in
12
Topics
Environment