The row over proposed changes to the University Superannuation Scheme (USS) has gathered pace, with staff at 69 universities threatening a marking boycott. 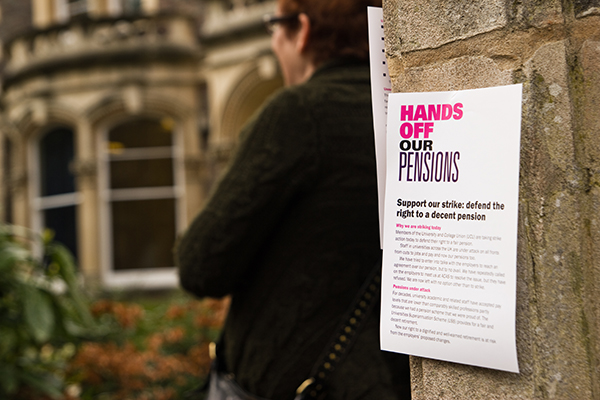 The University and College Union (UCU) said the action would begin on November 6 and go on indefinitely until agreement was reached. Talks on proposals from Universities UK (UUK) to shift academics from final-salary to a less generous career progression scheme failed last week.

The changes are expected to plug a hole in the USS £8bn deficit.

However, UCU said proposals were full of 'holes' and 'misleading'. General secretary Sally Hunt said: 'The employers failed to convince us of the need for the dramatic changes or the reasons behind the methodology its deficit reduction plan.

'We are setting plans for an assessment boycott in place because USS members have made it clear they are unconvinced by the employers' argument as well. We are being asked to buy a pig in a poke and that is simple not acceptable.'

The boycott will stop exams and also prevent student from receiving feedback. Industrial action was supported by a ballot of lecturers with 87% in favour of action short of a strike and three-quarters (78%) backing strike action.

Negotiations will resume between both parties on November 7.

UCU said it was happy 'to clear its diary and meet sooner' and urged employers to come back to the table for 'genuine negations' aimed at resolving the 'enormous gap' between the two positions.

Responding to the announcement, UUK said it was 'disappointed' that the UCU decided to pursue a 'damaging course of industrial action' aimed directly at disrupting students' education.

A UUK spokesman warned that taking industrial action would not make the large scheme deficit and the risks to the future viability of the scheme go away.

He said that: 'The employers' proposals for reform offer the best possible deal for employees within the constraints that the USS trustees have set.

'USS falls under the remit of the Pensions Regulator. It has to meet certain minimum levels of funding, a test which it currently fails to the tune of at least £8bn. It is unavoidable that a recovery plan has to be agreed that would remove the deficit over a reasonable period.'