Senior actuaries and top executives running insurance companies should be held more accountable for their actions, the Bank of England governor said. 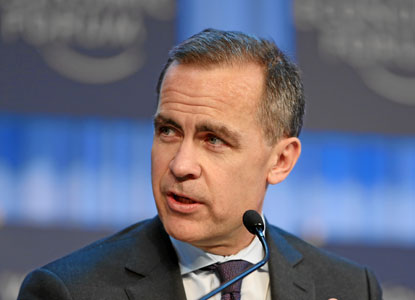 At the Institute and Faculty of Actuaries General Insurance conference, yesterday, Mark Carney said: 'It must not be forgotten that the responsibility of running insurers rested with their boards and senior managers.'

Carney said the link between seniority and accountability had become 'blurred or even severed', as he set out a three point plan which he hopes will promote a resilient and innovative insurance industry that supports the real economy.

He said: 'Those individuals that run financial institutions should act with integrity, honesty and skill regardless of whether they work for global investment banks, regional building societies or in the general insurance sector.

'Solvency II recognises this imperative. It requires both firms and regulators to monitor the fitness and propriety of staff with key responsibilities in the insurance sector.'

As such, the bank will later this year, in conjunction with other regulators, develop a fitness-to-practice regime for senior leaders in the industry.

He added: 'Later this year we will consult on a regime that includes the most senior actuaries - alongside CEOs, chairmen and chief financial and risk officers - in our senior managers regime, making them directly accountable for how a firm is run, for their decisions, and for their actions.

'These senior persons will be expected to prove their fitness to regulators before they take up a role, and the onus will be on them to ensure risks are understood, measured and properly considered.'

Elaborating on this plan, Carney added that there should be tailored, consistent and robust capital standards, and global standards for globally systemic insurers.

He said: 'The UK insurance industry makes a major, direct contribution: £25bn to annual GDP and 300,000 high-paying jobs including many of the 14,000 members of the Institute and Faculty of Actuaries.

'It is a major exporter with about 30% of premiums earned overseas. And the Lloyd's market underlines London's status as a world centre for insurance excellence and innovation. But the economic contribution of insurance goes much deeper.'

Carney said that by spreading and managing risks, it would increase the resilience of corporations, investors and financial institutions. 'It makes entrepreneurship and trade more viable. And it safeguards companies and individuals from perils they could not otherwise shoulder.'

This article appeared in our September 2014 issue of The Actuary.
Click here to view this issue
Filed in
09
Topics
General Insurance