Deputy Prime Minister Nick Clegg has promised to establish a review to consider the case for introducing a single rate of tax relief for pensions, as he unveiled the Liberal Democrats pre-manifesto. 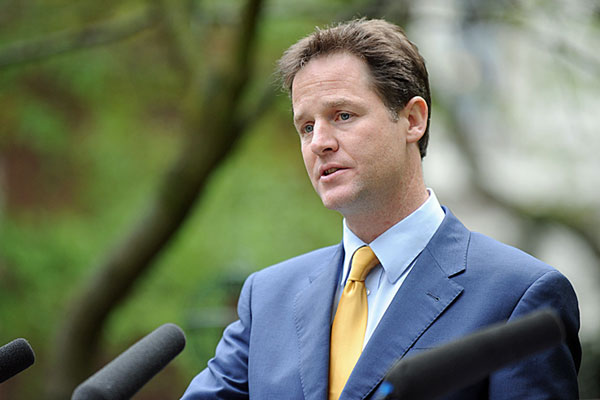 In April, pensions minister Steve Webb called for a flat rate of 30% tax relief on pensions, arguing that higher earners who pay a 40% marginal tax rate on their income save more than a person paying the basic rate tax of 20%.

Launching the pre-manifesto document yesterday, Clegg said if the party were to be elected next year they would set it 'more generously' than the current 20% basic rate of relief.

'We are setting out an approach that is fair but reasonable with it; credible without being cruel. This isn't just our slogan,' he said.

'[The party will] establish a review to consider the case for, and practical implications of, introducing a single rate of tax relief for pensions, which would be designed to be simpler and fairer and which would be set more generously than the current 20% basic rate relief.'

He also said that the party would press ahead with legislating the ‘triple lock’ system, which increases the state pension payment by whichever of annual earnings growth, inflation or 2.5% baseline is highest. The system is currently in place till 2015.

Similarly, The Conservative party has also pledged, to increase the state pension by at least 2.5% a year until 2020 if it won the next election.

This article appeared in our September 2014 issue of The Actuary.
Click here to view this issue
Filed in
09
Topics
Pensions