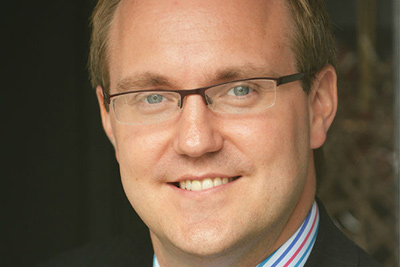 If you read any UK newspaper on 12 May, the likelihood is that you will have seen news headlines featuring IFoA research from the Pensions and Long Term Care Working Party that considered the social care cap that the government is introducing in 2016.

The research report, entitled 'How pensions can help meet consumer needs under the new social care regime', considered the impact that the government's £72,000 cap on care costs for the over-65s would have on long-term care in the UK. Care costs are split under three headings: daily living costs; local authority set care costs; and top-up care costs. The cap only applies in relation to local authority set care costs. The report found that, although the cap is set at £72,000, people are expected to spend, on average, some £140,000 on care costs before reaching it. This can increase to around £250,000, even allowing for the cap, if an individual is in long-term care for 10 years. However, it also found significant regional variations in expected care costs and the time it is expected to take for the care cap to apply.

The report also considered how a new, more flexible pensions regime could be used to help people meet their long-term care costs. One of the ideas outlined was a new Pension Care Fund. This would ringfence money within a pension for care costs - when saving or after retirement. The money would be invested as stipulated by the tax rules for pensions and if not used for care would be exempt from inheritance tax, with the condition that the money could only be passed on for use for long-term care.

The research received a lot of media coverage and generated a buzz of conversation on social media channels. To date, there have been over 200 mentions of the working party's research and Thomas Kenny, chair of the Pensions and Long Term Care's Products Research Group (pictured above), was interviewed for broadcast outlets that included the BBC and LBC Radio.

Following media dissemination of the research, the public affairs team at the IFoA has been liaising with a range of stakeholders to further discuss the reports findings.

To read the full research report, go to  bit.ly/1n7eMPf

This article appeared in our July 2014 issue of The Actuary.
Click here to view this issue
Filed in:
07