A future Labour government would extend auto-enrolment to more than 1 million lower earners by reducing the threshold for inclusion in workplace pension schemes by nearly half, shadow work and pensions secretary Rachel Reeves has announced. 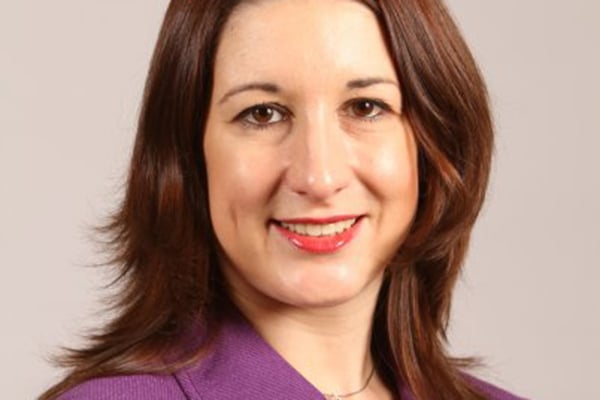 In a speech to the Resolution Foundation think-tank, Reeves said around 1.5 million low earners had been left out of the introduction of workplace pension schemes.

The current auto-enrolment scheme applies to workers over the age of 22 and earning more than £10,000, and is being rolled-out in stages, starting with larger employers.

However, Reeves said she would reduce this to £5,733 - the current lower earnings limit for National Insurance.

'If we want to build an inclusive system of pensions provision that supports saving and rewards contribution for all working people and helps to lift more people off reliance on means-tested benefits in old age.

'I believe we should be broadening, not narrowing, the scope of auto-enrolment enabling more people on low and modest incomes to save for their retirement.'

She suggested that any costs in additional pension tax relief for contributions from the extension could be met out of savings made elsewhere in the budget of the Department for Work and Pensions.

However, pensions minister Steve Webb said the proposals to expand auto-enrolment would 'bring the whole scheme into disrepute'. It had already opened up workplace pensions for more than 3 million workers since it began in October 2012, he said.

'Anyone earning over £5,800 can still opt into a workplace pension if they wish - but for many people on the lowest incomes it will not be the right option for them. Automatically enrolling such people when we when that to be the case would be totally irresponsible and make no sense.'

Webb added that the new single-tier State Pension, being introduced from 2016, will see everyone who has worked and paid all their National Insurance contributions receive a guaranteed weekly payment set above the means test.

Also responding to the announcement, Philip Booth, editorial and programme director at the Institute of Economic Affairs, said: 'The proposals will also load yet more costs onto employers - both administrative costs and costs of the employer matching contribution. Politicians should be making it easier, not more difficult, for employers to take on more staff.

'The effect of these proposals will be to exacerbate cost of living pressures by putting downward pressure on take-home pay.'

However, the Association of British Insurers said the Labour's plan would help build a 'stronger savings culture' across the society.

'Any changes would need consultation to ensure they could be implemented with minimum unnecessary cost to scheme administrators and employers,' Yvonne Braun, the ABI's head of savings, retirement and social care said.

'Workers earning more than the lower earnings threshold but less than £10,000 a year currently have to make an active decision to join their employer's pension scheme and are not automatically enrolled... Theses extend the benefits of automatic enrolment to lower paid workers.'