A senior Labour MP has clashed with the pensions minister over the governments changes to retirement savings. 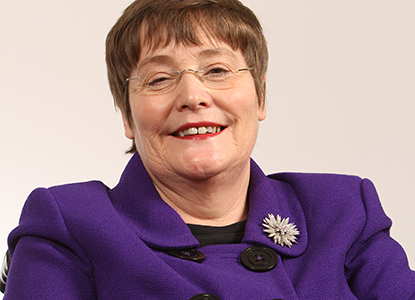 The Commons work and pensions select committee yesterday quizzed Steve Webb on the reforms. Chair Anne Begg observed that the government had shifted the terms of the debate from pensions to savings.

'Savings for a pension that turn out not to be a pension but are spent before [people have] actually reached their state pension age is not saving into a pension,' she said.

But Webb rebutted the charge. He replied: 'I don't agree with your "should". You're imposing your view about what the best retirement looks like on everybody else.

'But, I am saying no, I will let people decide or give them guidance to help them with that choice.'

Webb said there were two differences between a pension and a later-life savings vehicle: it can be accessed before state pension age and is likely to encourage people to save via the government's auto-enrolment scheme knowing they can use their money earlier.

'If people save for the long term and don't turn all of it to an income in retirement because they judge that a different mix of income and capital is in their best interests, that's good.'

He added that the guidance guarantee was crucial, saying that: 'By the time these new freedoms come in there will be a legal right for the person who would be moving their money to have a conversation with someone before they do it.

'It will be free to the individual, it will be guidance rather than independent financial advice, and it's not formal, detailed or product specific. We are consulting at the moment on what it should include, like standards and accreditation.'

He also told the select committee that quality of life was significantly more important than a regular pension's income.

'That might be a mixture of capital and income and it might be different at different points in retirement. We're trying to promote pension saving, so if more people are saving that's great as far as I am concerned,' Webb said.

'What happens at the end to those 10 million matters a lot to us,' Webb told the MPs.

'We as a department were very closely involved in shaping the document - Freedom and choice in pensions - that was published on Budget day.'