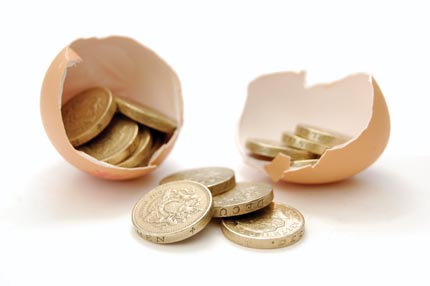 Mark Futcher, partner at the firm, told The Actuary that the reputation of the pensions industry had been 'battered', but the serious of announcements made by the Department for Work and Pensions would help restore public confidence.

He said that Barnett Waddingham did not agree with all of the government's planned changes, such as charge caps and the banning of commissions. 'Some of them are ill informed, some of them can be problematic, and some of them, the timing is probably not very good,' he said.

'But the underlining spirit that it is trying to restore public confidence is a good thing, particularly now that auto-enrolment needs to be a success,' he told a conference titled Does DC need divine intervention?

'And then the Budget update, that's taking it one step further, trying to make pensions sexy again.

'What's going to make this sexy? The government is saying these pension pots are yours, we trust you. All it has done is really change the message that the pensions word is probably dead,' Futcher said.

DC would no longer be viewed as just a retirement vehicle, he said, rather it would now be seen as a later-life vehicle.

He added that the Budget changes meant people would begin to focus on the size of their overall pension pot as opposed to the income they could receive through an annuity. This would help to stimulate greater savings, but there was a challenge in how to educate people on what they can do to convert their pot into an income.

'We don't need to end up 75% gilts and 25% cash, there needs to be this shaping phase. We need to educate people after the accumulation,' he said.

However, Alex Pocock, partner & head of DC investment at Barnett Waddingham, told the conference that annuity purchases were still going to be the right choice for a number of people.

'We have seen a lot of comment recently in question of whether we will see more of a market for deferred annuity. This would allow members to buy some of the secure income stream earlier on possibly in response to changing market conditions [giving them capital preservation].

'If you can buy it when times are good, but the income wouldn't actually kick in until you're in your 70s, 80s, then that can only be a good thing,' he said.

This article appeared in our May 2014 issue of The Actuary.
Click here to view this issue
Filed in:
05
Topics:
Life insurance