The government should scrap the tax relief regime on pension contributions and introduce a Treasury contribution of 50p for every £1 saved for retirement, according to a free market think-tank. 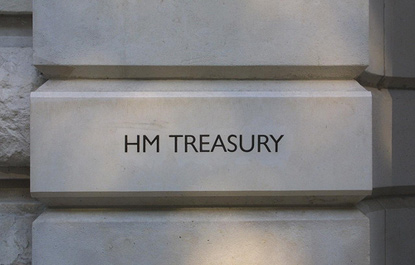 A report by the Centre for Policy Studies, published yesterday, said retirement savings incentives in the UK were 'ineffective' and 'inequitable'.

Under the current system, tax relief is paid at the saver's marginal rate of income tax, up to 45% for additional rate taxpayers and limited to annual contributions of £40,000.

Michael Johnson, research fellow at CPS, said contributions from Treasury should be paid irrespective of the saver's taxpaying status.

'It would double the rate of incentive that basic rate taxpayers could receive today (some 85% of the workforce): it is highly redistributive,' he said.

Johnson continued: 'If we are to catalyse a broad-based savings culture, we need a highly redistributive incentives structure. A 33% flat rate of tax relief (i.e. 50p from the Treasury per £1 saved from net income, which would include employer contributions) would double the incentive that basic rate taxpayers currently receive.

'But, for cost control purposes, it would have to be accompanied by a much lower annual allowance, i.e. well below today's £40,000. In addition, to help broaden the savings base, the saver's taxpaying status should be irrelevant.'

The think-tank sated: 'The report's proposals combine common sense, fairness and simplification with a hard cash incentive of up to £4,000 per year: £12,000 (including £8,000 from the saver) is more than enough savings capacity for almost everyone.'

Acknowledging that the highest earners would lose out, Johnson urged the government to scrap the lifetime allowance, reinstate the 10p tax rebate on pension assets dividend income and the ability to hand down unused pension assets to third parties, free of inheritance tax.

In the report, Johnson also proposed scrapping the 25% tax-free lump sum, with accrued rights to it protected. He also suggested combining annual ISA contribution limit and pension allowance of £30,000.

'We don't think this is a good moment to start attacking the tax-free lump sum entitlement. Similarly the proposal for a combined ISA/Pension allowance of £30,000 looks quite restrictive, compared to today's twin allowances amounting to £55,000.'