A new and 'highly worrying' threat of an uninsured cyber-attack time bomb has emerged onto the energy insurance risk landscape, a global insurance and reinsurance broker warned today. 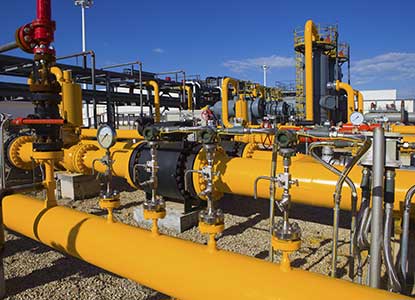 In its annual Energy market review, which examines the market condition, Willis Group Holdings highlighted that the amount of capital available in the oil and gas markets to underwrite risks increased to the highest levels seen this century.

The review revealed that heavily over-capitalised global (re)insurance markets combined with a surplus of new capital from non traditional providers - like pension funds, hedge funds and investment banks - had increased competitive pressures in the energy insurance market to high levels. The review noted that capital in the upstream market, which searches for the recovery and production of crude oil and natural gas stood at $5.7bn in 2013. And capital in the downstream market reached $4.6bn in the same year, which relates to the refining of crude oil and the selling and distribution of products derived from it.

But the energy industry itself could be sitting on an uninsured cyber-attack time bomb, the review found. It said that, although insurance cover was readily available for non-catastrophic cyber-attack losses to data and intellectual property, it would be much more challenging to access cover for a truly catastrophic events involving physical loss or damage or business interruption running into billions of dollars.

Certain markets, however, had emerged recently with the appetite and capital to provide energy companies with at least a degree of cyber-attack insurance cover.

Despite this, Alistair Rivers, global head of natural resources at Willis, said more needed to be done to create innovative products to meet industry needs.

'Alarmingly, this risk is currently excluded from most energy insurance policy forms,' he said.

'Although we can now detect the beginnings of a market for this critical risk, much more needs to be done to bring cyber, political violence and energy underwriting expertise together to forge a product that will truly meet the needs of the industry.'

Commenting on the energy insurance market conditions more broadly, the firm said it predicted that it would take more than a run of catastrophic losses to provoke any significant capital withdrawal from the energy sector.

Rivers continued: 'With no obvious alternative investment opportunities emerging, and with interest rates around the world still low in relative terms, capital providers are likely to maintain their funds in the (re)insurance markets... at least for the short term.

'Energy market capacity is therefore likely to continue to be available, even if the sector falls into unprofitability.'

The review noted that, last year, the energy loss record was no worse than average. On the upstream side Wills recorded 'only a handful' of losses in excess of $200m, while on the downstream side there were only three serious losses in Argentina, the US and Canada.

This article appeared in our April 2014 issue of The Actuary.
Click here to view this issue
Filed in
04
Topics
Reinsurance