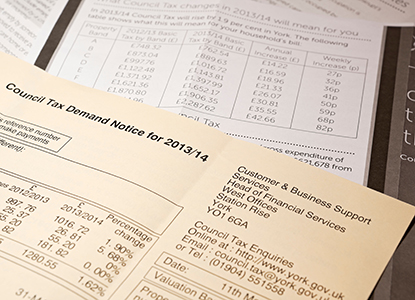 His Budget included a host of what Osborne called 'radical' tax reforms to help pensioners and savers who have to been hit by low interest rates.

He said the government was 'backing a Britain that saves,' adding that he would scrap a number of tax restrictions on defined contribution pots, putting pensioners in charge of their own finances and bringing the tax treatment of DC pensions 'in line with the modern world'.

Under the changes, some of which will take effect from March 27, pensioners will have much more flexibility over income drawdown.

In addition, the size of the lump sum small pots is to be increased five-fold from £2,000 to £10,000 and the government will almost double the total pension savings that can be taken as a lump sum to £30,000.

Osborne said: 'These measures alone would amount to a radical change. But they are only a step in the fundamental reform of the taxation of defined contribution pensions I want to see.

'I am announcing today that we will legislate to remove all remaining tax restrictions on how pensioners have access to their pension pots. Pensioners will have the freedom to drawdown as much or as little of their pension pot as they want, anytime they want.

'When it comes to tax charges, it will still be possible to take a quarter of your pension pot tax free on retirement, as today.

'But instead of the punitive 55% tax that exists now if you try to take the rest, anything else you take out of your pension will simply be taxed at normal marginal tax rates - as with any other income. So not a 55% tax but a 20% tax for most pensioners.'

With no caps and no drawdown limits, no one would have to buy an annuity, Osborne said.

But for those who still wanted to buy annuities he said he would introduce a new guarantee, so that everyone who retires on DC 'will be offered free, impartial, face-to-face advice on how to get the most from the choices they will now have'.

'Those who still want the certainty of an annuity, as many will, will be able to shop around for the best deal,' he stated.

The chancellor said he would provide £20m over the next two years to work with consumer groups and industry to develop this new right to advice.

Responding to the announcement, the Institute and Faculty of Actuaries welcomed the chancellor's changes as 'useful immediate steps' to create a new flexible retirement landscape for DC savers.

But president David Hare said it was important that the same opportunities for members of defined benefit schemes as well.

He said: 'Undertaking this will not be easy. There are a number of issues that need to be addressed by any proposal to extend the flexibility to those in DB, including making sure that DB members realise what they could be giving up (e.g. longevity protection) in exchange for increased flexibility.

'The changes will empower individuals, allowing them to take control of their own financial futures.  This is in step with the change in risk responsibility to individuals that DC brings.

'However taking charge of your financial future can be a bewildering journey for some people and we were therefore pleased to see that the government recognises this and is committed to making sure those with a DC pension are offered the chance of impartial face-to-face guidance on their choices at the point of retirement.'

Echoing the IFoA, Andrew Vaughan, chair of the Association ofConsulting Actuaries, said: 'Clearly, we need to examine the Budget papers in some detail, but - for example - It will be important that DC members already in "lifestyle" strategies who are on a path towards annuity purchase don't get stuck in inappropriate assets.

'And, of course, we need to examine just who will pay for the "free" guidance advice to those approaching retirement.'

Hymans Robertson partner Chris Noon observed: 'Annuities are out and flexibility in retirement is in vogue. Spending in retirement has never matched a steady income approach - it is a game of three halves: spend early on life, spend late on ill-health and spend little in the lull in-between.

'Today's changes offer the flexibility to spend pension pots in line with this V-shaped curve of life in retirement.'

At the Association of British Insurers, which represent annuity providers, director general Otto Thoresen, said: 'These are important reforms and it is crucial for savers to get them right. It is right for people to be offered a range of options to generate retirement income, and it is crucial to ensure that customers have the information they need to make the right choice for their circumstances.

'The guaranteed lifetime income provided by an annuity can play an important part in discussions with customers considering their options.'