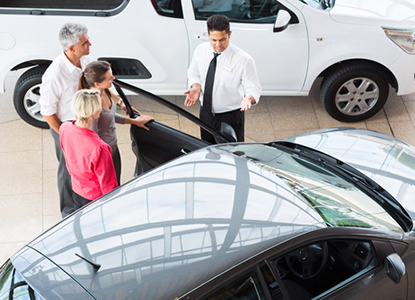 The FCA carried out a market review of add-ons in July 2013. Published today, this found poor competition, low levels of claims and potential overcharging. Under the planned shake-up, the watchdog will ban pre-ticked boxes, force firms to publish claims ratios and break the point of sale advantage for guaranteed asset protection insurance, usually offered alongside car sales.

'There's a clear case for us to intervene,' said Christopher Woolard, director of policy, risk and research at the FCA.

'Firms must start putting consumers first and stop seeing them as pound signs.

'We believe our proposals will address these issues and prevent consumers paying for poor-value insurance products that they may not need or use.'

Among the problems in the add-on market highlighted by the FCA are the lack of competition and information at the point of sale, which prevents consumers from making informed decisions about products. The watchdog's market review also found that a quarter of consumers were not aware they could buy the product separately elsewhere, while more than a third (38%) said they had not planned to buy add-on insurance before the day of purchase, More than two-thirds (69%) could not remember how much they paid for the product three or four months later, while 19% could not even remember buying it.

Hugh Savill, the director of regulation at the Association of British Insurers, called the report 'surprisingly generic'.

Add-ons offer different products to meet differing needs, through different distribution chains, he said. 'Distinct markets call for bespoke regulatory approaches, not a "one size fits all" approach covering everything from GAP insurance to travel insurance. We hope and expect that the FCA will take a more market specific approach to this as their work on this develops.'

He added that the add-on market had been changing and that some features criticised by the FCA, such as tick boxes, were rare.

'The emphasis upon claims ratios is unhelpful; they are not an accurate benchmark of customer value, not least because they are affected by distribution costs for the insurer,' said Savill.

'We believe claims frequency and handling provides a more relevant measure of value. Furthermore, one of the key reasons customers purchase insurance is the peace of mind it provides. We would urge the FCA to take these factors more seriously in its further work.'

Alexis Roberts, partner in the insurance team at law firm Pinsent Masons, said there would be 'relief' that the FCA had not gone further with its interventions.

'Many observers will be relieved that this long-awaited report does not herald greater change for on the add-ons market. Divorcing sales of GAP insurance from the point of sale for the car or car finance is a key change, but there will be relief that the same approach has not been taken for other add-on products.'

He also noted that report demonstrates the FCA's ongoing commitment to using new tools like behavioural economics as a means of analysing financial services markets as an indicator of value to consumers.

The FCA is asking for comments on its report and proposals by April 8.

This article appeared in our March 2014 issue of The Actuary.
Click here to view this issue
Filed in
03
Topics
General Insurance