Insurers' attitudes 'out of line with FCA'

There is a mismatch in expectations between insurers and the Financial Conduct Authority, according to a Chartered Insurance Institute-backed survey. 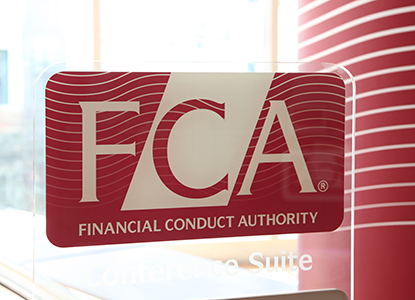 A joint study from the CII and management consultants Oliver Wyman revealed that there was some 'anxiety' amongst insurers about both to the workload caused by ongoing FCA market studies and the regulator's thematic reviews of insurance products and operations.

The views of 22 insurance chiefs and other senior executive were captured for the Conduct risk for insurers study.

It highlighted that while some firms welcomed a shift to a more transparent and competitive market there was a mismatch in expectation between insurers and the FCA in three key areas.

These were: the level of regulatory intervention imposed to fix any deficiencies in the market; the practical implications of the new regulatory regime for firms and the extent of change required; and the progress made by firms in adapting to the FCA's new regime.

Tim Kirk, partner at Oliver Wyman, said the discussions had revealed that insurers were concerned that too much regulation could get in the way of innovation and competition.

'As might be expected, insurers do not always share the same views as the FCA about the extent of change required and have particular worries that the FCA may end up becoming a price regulator,' he said.

But Kirk said it was down to insurers to change their attitudes. 'The FCA will expect insurance leaders to ask "should we?" rather than "could we?" before carrying out an activity affecting their customers.

'Insurers who consider that conduct risk is no more than an evolution of [the Treating Customers Fairly principle] are likely to find themselves on the wrong side of the FCA. They will also fall behind as other insurers develop business models, products and cultures more attuned to today's market.'

The report also identified four emerging trends in the insurance industry as it moves towards being a more open and accountable market.

These were: a shift in focus from insurers to customers; greater scrutiny of insurance products; a drive for equality to ensure certain customer groups are not disadvantage; and limits on the use and management of customer data.

These emerging trends were particularly challenging for insurers, it said, but the industry needed to prepare for them.

CII's chief executive Sandy Scott said: 'This report captures the current thinking of leading practitioners on insurance conduct risk. Hopefully, it will also act as a stimulus for future thinking and action across the insurance sectors, as well as supporting the dialogue with our new regulators.'

Commenting on the report, an FCA spokeswoman told The Actuary that it 'welcomed the report and would be studying its contents closely.'

This article appeared in our February 2014 issue of The Actuary.
Click here to view this issue
Filed in
02
Topics
Reinsurance