The annuity market is disorderly and not working well for consumers who seek to convert their defined contribution pension pots into fixed income, the Financial Conduct Authority said today after an extensive review 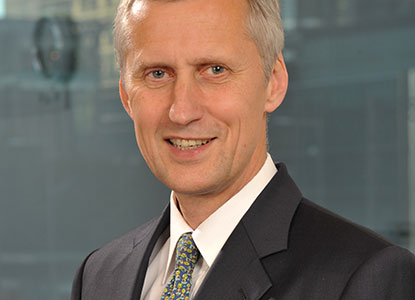 As a result, the watchdog is launching a competition market study to assess the difference in income provided by sticking with a current provider when buying an annuity, or switching and buying one from someone else.

In its first in-depth and industry-wide review of the annuity market, the FCA found that a pension pot of £17,700 would buy an average annuity of £1,030. However, this income could increase by 6.8% by shopping around for a better rate and switching provider. One in six people could increase their retirement income by more than 10% if they changed provider, the watchdog said.

It also noted that the situation was worse for people with small pension pots, of less than £5,000, as they have less choice when shopping around. FCA chief executive Martin Wheatley said there was 'virtually no market' for people with small pension pots. 'This means that for those people who need to make every penny of their pension count, the market has closed the door on them.'

The watchdog looked at the 25 firms that dominate the annuities market, providing 98% of annuities sold. There are about 420,000 annuity sales each year and 60% of people buy an annuity from their current pension provider, the FCA found. However, 80% of those consumers who stick with their existing provider will be able to get a better deal if they switched.

'The need to get an income in retirement unites us all. But once you've bought an annuity you can't change your mind,' Wheatley said.

'For most people getting the right annuity could mean the equivalent of an extra £1,500 in savings - so we need to understand why they aren't shopping around and switching.'

Barriers preventing consumers from shopping around include: a lack of confidence to switch provider; not fully understanding the decision they need to make; and behavioural biases such as laziness.

The FCA also looked at 13 annuity price comparison websites and found a lack of clarity in information provided, including an underplaying of the significance of buying an annuity. Poor practice was found on all websites and the FCA said it had already asked the companies running these sites to make changes so it becomes easier for people to shop around and to buy direct, especially those with smaller pots who cannot afford financial advice.

Wheatley said: 'There should be competition across the entire market, not just for those with the most money. That is why we will be using our new remit to conduct a competition market study and a review of sales practices in pension providers. This is a very significant piece of work for the FCA.'

As part of this review, the FCA will do further supervisory work looking at how firms behave and treat their customers when selling an annuity, but is not proposing creating new rules at this stage. Its interim findings will be published in the summer.

Otto Thoresen, director general of the Association of British Insurers, acknowledged that the annuities market was not working as well as it might, but said the insurance industry had already taken action.

'The compulsory Retirement Choices Code goes beyond what the current rules ask providers to do to help customers get good outcomes,' he said.

'But we recognise that our industry can do more to make the market work effectively for customers which is why we are finalising a new package of measures to enable people to engage and to shop around for better deals. This would include ensuring customers have the right to a conversation to help them understand the difficult decisions at retirement; and how all customers can get a comparison of rates.'

Commenting on the findings, Tom McPhail, pension's expert at Hargreaves Lansdown, said the FCA had confirmed what many independent observers have known for years.

He said: 'Insurance companies have been the principal culprits in selling poor value products over the years and annuity brokers are working towards adopting minimum standards in how they deal with their customers. This is an opportunity for the FCA to initiate a fundamental rethink on how we help millions of investors to get the best value from their retirement savings.'

Morten Nilsson, chief executive at NOW: Pensions added: 'Improving competition and encouraging consumers to shop around for their annuity is imperative.

'I firmly believe that pension providers have a responsibility to promote access to the best options from the whole marketplace when members reach retirement to make sure that their pension pot stretches as far as possible and reflects their individual circumstances. I hope today's report is the first step along the road to improving the market significantly for consumers.'