Prime Minister David Cameron has pledged to continue to increase the state pension by at least 2.5% a year until 2020 if the Conservatives win the next election 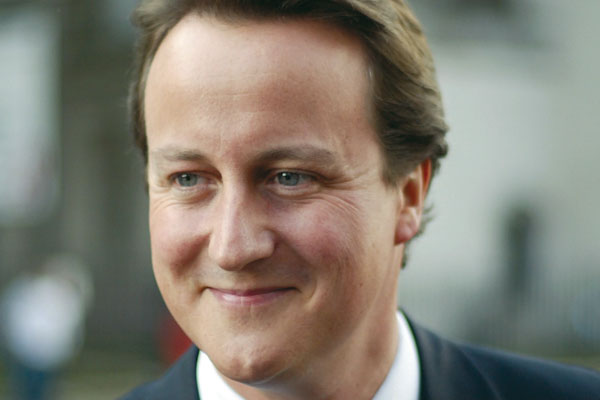 The so-called 'triple-lock' system means that state pensions will rise by whichever of annual earnings growth, inflation or a 2.5% baseline is highest. But the prime minister declined to rule out whether the next Conservative manifesto would include a promise to retain universal pension benefits such as the winter fuel allowance.

Speaking on the BBC's Andrew Marr show on January 5, Cameron said the government had made difficult decisions by asking people to retire later. He said the long-term plan was to keep the 'triple-lock in place at least for the next Parliament'.

'It is a choice based on values, based on my values,' he insisted. 'I want people when they reach retirement to know that they can have dignity and support; security in their old-age.'

The prime minister said: 'People who have worked hard, who've done the right thing, who've provided for their families, they should then know that they will get a decent state pension and they don't have to worry about it lagging behind prices or earnings and I think that is the right choice for the country.'

In response to whether the triple lock would be included in any welfare cap, Cameron said: 'In the short term, we've said they're not part of the social security cap. Obviously in the longer term we have to keep an eye on these things, the long term forecasts for pensions.'

Commenting on the PM's remarks, Barnett Waddingham consultant Malcolm McLean welcomed the government's commitment to maintain the 'triple-lock' but added that it may not be as beneficial 'overall as many commentators seem to think'.

He said: 'The triple lock, as presently constituted, applies only to the basic element of the state pension and not to any additional pension many pensioners receive in the form of the state second pension (S2P) and the state earnings related pension (SERPS). These elements will presumably continue to be limited to any increase warranted solely by inflation as measured by movements in the consumer prices index (CPI).

'There is also no commitment to apply the triple lock to the new single tier state pension which comes into effect in April 2016 and replaces both the basic and additional state pensions for everyone reaching their state pension ages from that point onwards.'

The triple lock was launched by the coalition in 2010 and was introduced to protect pensioners from minimal rises, such as the 75p a week given in 2000, and to make sure their income was not eroded by the gradual increase in the cost of living.

In last month's Autumn Statement, Chancellor George Osborne confirmed that from next April the basic state pension would rise by £2.95 a week. Taken together with other state pension increases brought in since the coalition government came to power in 2010, he said pensioners were over £800 a year better off.

This article appeared in our January 2014 issue of The Actuary.
Click here to view this issue
Filed in
01
Topics
Pensions