There needs to be a fresh approach to motor insurance if driverless cars are to become a feature of the UK road landscape, a senior industry leader has claimed. 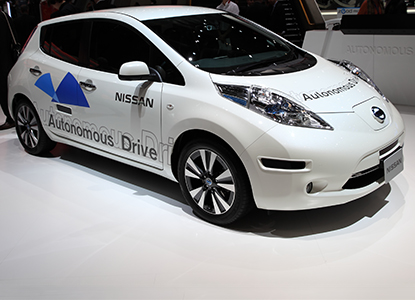 The government today announced that it was exploring the potential to introduce driverless cars onto UK roads from the start of next year. A Department for Business, Innovation and Skills review is examining feasibility, looking at the type of insurance and regulations other countries have put in place. Cities are also being asked to bid to become trial sites for driverless cars.

Responding to the announcement, AA Insurance director Simon Douglas said: 'Driverless cars will need a fresh approach to insurance. Motor insurance is based on risk and much of the cost of a policy is associated with the driver - such as age, experience, past claims and convictions.

'If that element is largely removed then driverless cars could potentially attract significantly lower premiums than conventional vehicles, providing the technology that operates them is reliable and demonstrably reduces the likelihood of a collision.'

Insurers were likely to give the proposals a cautious welcome, he added. 'Underwriters will however, want to be certain that the technology operating such cars, the opportunities for intervention by the "driver" and other aspects of operation of such vehicles will present a lower risk.'

James Dalton, head of motor at the Association of British Insurers, added that more research on driverless cars needed to be carried out.

He said: 'Human error [accounts] for around 90% of road accidents, the potential safety implications of autonomous technology are significant.

'The insurance industry is working with government, vehicle manufacturers, regulators, the legal community and through the industry's research and repair centre on this potentially life-changing and life-saving technology.'

Graeme Trudgill, the British Insurers Brokers' Association executive director, said it was positive that the government are investing in research for driverless cars.  'Further work will need to be completed on behalf of the industry before we understand the full implications of this technology and its impact on the insurance market,' he added.

This article appeared in our December 2013 issue of The Actuary.
Click here to view this issue
Filed in:
12
Topics:
General Insurance