Younger generations suffer in shift away from DB pensions

People born in the 1960s and 1970s have been hit hard by the rapid shift away from defined benefit pension to defined contribution plans, making them the first post-war generation to be no better off than their parents, the Institute for Fiscal Studies said today 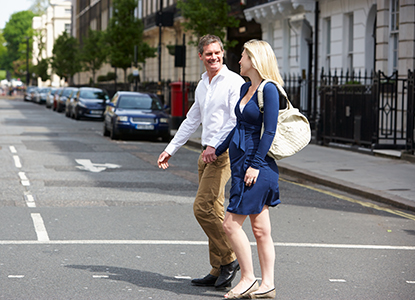 Its research found that, when compared with people born a decade earlier, people now in their mid-30s to early-50s had no higher take-home pay or had not saved more of their previous take-home income. In addition, they were less likely to own their own home, probably had smaller private pensions, and would tend to find that their state pension replaced a smaller proportion of their previous earnings. Inherited wealth was the only factor that would make 1960s and 1970s babies better off in retirement than their predecessors, the IFS said.

Commenting on the findings, Andrew Hood, a research economist at the IFS and an author of the report, said: 'Since the Second World War, successive cohorts have enjoyed higher retirement incomes and living standards than their parents.

'Yet the incomes and wealth of those born in the 1960s and 1970s look no higher than the cohorts who came before them. As a result, younger cohorts are likely to have to rely on inheritances to be better off in retirement than their predecessors. But inheritances are unequally distributed, with household that are already wealthy far more likely to benefit.'

The research noted that people born in the 60s and 70s did have higher incomes during early adulthood than their predecessors, but they tended to spend rather than save this income.

Plans to bring a single-tier state pension will tend to replace a smaller proportion of previous earnings than is the case for those currently above or around state pension age, the IFS found. This difference is particularly marked for higher earners.

Tom McPhail, head of pensions research at Hargreaves Lansdown, called the IFS's finding 'predictably bleak' for those born in the 1960s and 1970s.

'Based on current trends it is probably safe to assume that the future looks no brighter for subsequent generations,' he added.

'Our long-term savings have consistently been below levels necessary to ensure a prosperous old age. The decline of final salary pension schemes, from a highpoint in the mid 1960s through to today has not been offset by a compensating increase in defined contribution pensions.'

This article appeared in our December 2013 issue of The Actuary.
Click here to view this issue
Filed in:
12
Topics:
Pensions