Back where it all began 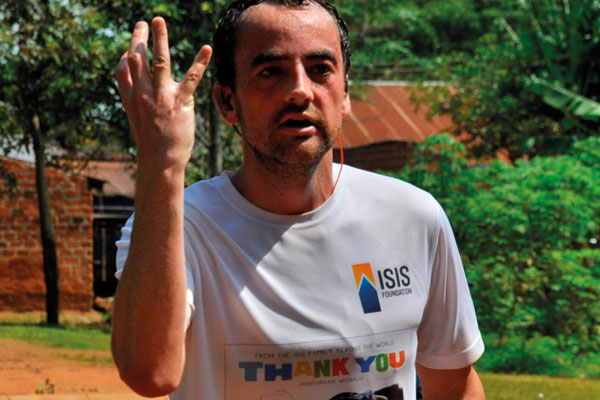 When we last left Andrew (see The Actuary, September 2013) he was headed to Uganda for his third marathon. The Ugandan Bush Marathon is over 42km along dirt tracks littered with rocks and pot holes in an isolated rural setting on the outskirts of the town of Kiwoko.

For Andrew, Kiwoko was where it all began. He was so inspired after his visit to the Kiwoko hospital compound last year that he vowed to run 12 marathons in 12 months to raise money and awareness for The Isis Foundation. After the race, Andrew said: "This has been my toughest marathon so far, but it has been fantastic to come back to Kiwoko hospital. It has been a privilege to feel part of it and my friends at Kiwoko will forever hold a special place in my heart."

Andrew's next race was the Berlin marathon, one of the largest and fastest road races in the world, starting and finishing at the iconic Brandenburg Gate and passing a whole host of fascinating landmarks along the way. Andrew said: "Running under cool and sunny skies was great after my punishing summer races and the atmosphere was electric. The course was as flat and forgiving as promised and the world record was smashed, much to the delight of the crowds."

Andrew has just completed his fifth marathon in the US and is making the most of the free massages, food and beer. The Hartford Marathon is well known for its scenery, with several miles run along the Connecticut, New England's largest river, in Riverfront Park.

Andrew remains upbeat about his challenge. "Yoga has helped me keep any serious injuries at bay so far and I feel well prepared. Hopefully, I'll rebound quickly enough to train between races, although I need to listen to my body and be cautious about running to exhaustion."