This weeks hurricane-style storm failed to live up to its billing as the worst in decades, with insurers expecting to pay out only relatively modest sums, The Actuary has learned 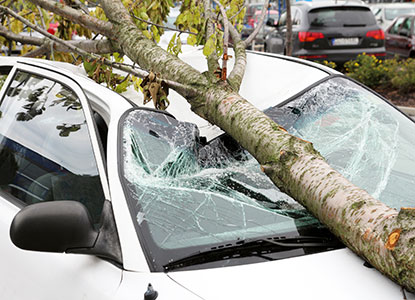 Insurers Willis Re predicted that insured losses in the UK would be in the region of £300-500m and other industry experts told The Actuary that they did not expect insurance losses to be 'significant', as the level of damage seen so far was low.

The windstorm, named St Jude, hit British shores on October 28 and 29, reaching speeds of around 99mph in some areas.

But catastrophe risk modelling firm AIR Worldwide said the effects of the storm should be put into a historical context. Milan Simic, senior vice president and managing director at AIR, said: 'We haven't seen a relatively large loss [from a storm] in the last 12 years and probably even more.'

He compared St. Jude to the 2002 storm Jeanette, which incurred insured losses of £257m in the UK in today's prices.

'If you look at this storm that has just passed, it is probably on the lower range,' Simic told The Actuary.

'It is more in line with wind Jeanette rather than in the billion plus range, like 87J [the major storm of 1987]. We wouldn't call it the "big one" that everyone said. It wouldn't really be in the multiple of billions - euros or pounds.'

This view was echoed by other insurers. A spokeswoman for Zurich Insurance told The Actuary that the firm was not anticipating huge payouts.

Tim Edwards, executive director at Willis Re, said: 'Losses from the storm were concentrated predominantly in the south of England, with significant damage coming from fallen trees - which were heavily laden with leaves because of the time of year, fallen tiles and smashed windows. Overall damages are comparable to a present day 2007 windstorm Kyrill.'

At AIR, senior research associate Shane Latchman agreed that most of the damage from St Jude was secondary damage caused by trees.

Other effects were things not generally covered by insurance, he said. 'For example, there were lots of delays, a few deaths and power outages, not something you would traditionally see in a model loss estimate,' he told The Actuary.

This article appeared in our October 2013 issue of The Actuary.
Click here to view this issue
Filed in:
10
Topics:
General Insurance