Solvency II to take effect at start of 2016 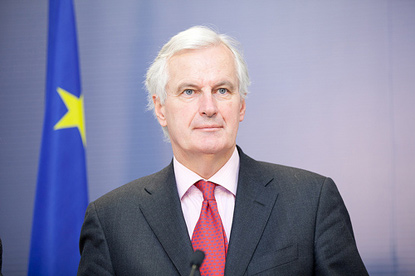 The Commission said it was not possible to publish Omnibus II, the legislation underpinning the regulations, before 1 January 2014, the date when Solvency II is currently scheduled to start to apply.

The European Parliament, Council and Commission's failure to agree the legislation had caused repeated delays. But Commissioner Michel Barnier today said an agreement between the parties was now 'within reach'

He said: 'I have always wanted rapid implementation of Solvency II. But the currently planned date is simply no longer tenable.

'We have therefore proposed this postponement in order to avoid any legal uncertainty, especially for undertakings and supervisory authorities; we have done this only after obtaining assurance from the Council and the Parliament that they would not further change this new application date of Solvency II.'

He added: 'Moreover, before Omnibus II can be applied, a number of implementing measures are needed, and these cannot be finalised before the details of Omnibus II are known.

'I now invite the co-legislators to reach agreement as soon as possible on Omnibus II and on this new Directive.'

Responding to the announcement, Insurance Europe said it appreciated the clarity provided by the European Commission but warned it left insurers with little time to prepare.

Michaela Koller, director general of Insurance Europe, said: 'The timetable will be very challenging for insurers and supervisors and will likely lead to a significant increase in costs for the industry in preparing for and complying with the new regime.'

'Nevertheless, Europe's insurers remain committed to the current process for finalising the new regime in a way that addresses the outstanding issues, in particular ensuring it captures appropriately the long-term nature of the industry,' Koller concluded.

'Europe's insurers will endeavour to meet the ambitious timetable for implementation that the Commission proposes.'

Commenting on the changes, insurance director at KPMG Janine Hawes, said the two-year delay would give the industry a longer period of certainty before full compliance required.

'Despite this delay to the full implementation of Solvency II, much development work will continue throughout 2014 and 2015, as the recent guidelines issued by the European Insurance and Occupational Pensions Authority are adopted,' she said.