An independent Scotlands retirement age could be kept at 66 to reflect the lower average life expectancy found north of the border, according to a study published by the Scottish Government yesterday. 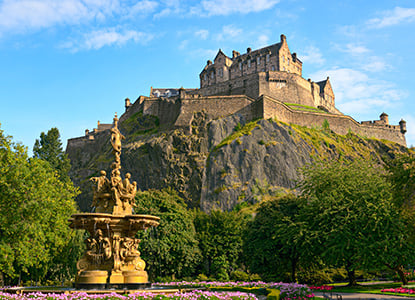 Concerns have been expressed that an independent Scotland might not be able to fund its pension requirements and the paper aimed to dispel these fears. It promised that the basic state pension would continue to be paid in full, on time and would be index-linked to incomes and costs.

But Deputy First Minister Nicola Sturgeon also argued that independence would create an opportunity to tailor pension provision more specifically to Scottish circumstances. She announced that ministers planned to set up an expert commission in the event of a 'yes' vote at next year's independence referendum to consider the pensionable age most appropriate to Scotland.

Scottish ministers accepted equalisation of the state pension age to 66, she said, but were not persuaded that Scotland would need to follow the UK timetable to raise it to 67 from 2026.

Sturgeon said pensions represented a smaller share of gross domestic product in Scotland than in the UK. Though life expectancy in Scotland was going up it remained lower than the UK by 2.5 years for men and 2.8 years for women. This helped make pensions more 'affordable' in Scotland.

'That's the benefit of independence,' Sturgeon said. 'We get to have Scottish solutions based on Scottish conditions, not solutions imposed on us by the rest of the UK.

'Successive UK government decisions have resulted in a pensions crisis. Independence will bring decision-making on pensions home to the Scottish Parliament and provide the opportunity to do things differently and better,' Sturgeon said.

On European Union requirements for cross-border pension schemes to be fully funded, the paper said discussions on this should start 'immediately' with a view to agreeing transitional arrangements.

'The priority would be to agree arrangements which would provide sufficient flexibility for employers, whilst ensuring that members and beneficiaries were protected in the way intended by the Directive,' the paper said.

The Institute of Chartered Accountants of Scotland said the paper was a 'useful contribution' to the debate on pension regulation and provision in an independent Scotland.

Christine Scott, ICAS assistant director for pensions, said: 'Employers and pension scheme trustees need information and time to make contingency plans for how any transitional arrangements which may be put in place will affect their schemes.

'Any solution to the potential cross-border under-funding issue will likely need the agreement of every EU member state, and ICAS now calls on the UK and Scottish governments to begin discussions with the European Commission.'

This article appeared in our September 2013 issue of The Actuary.
Click here to view this issue
Filed in:
09
Topics:
Pensions