The Financial Conduct Authority has announced that 13 high street banks and credit card companies have agreed to pay compensation after insurance policies that were intended to protect people against identity theft were mis-sold. 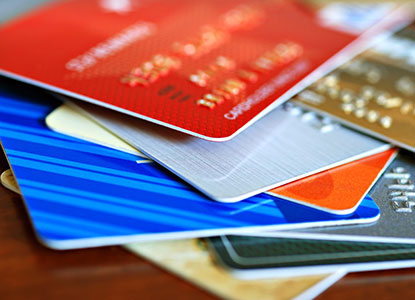 The schemes were intended to provide redress in the event of someone's identity being stolen or other fraud. However, the FCA said they offered insurance that was either not needed, or which provided cover against 'greatly exaggerated' risks.

Around 7 million customers, who between them bought and renewed about 23 million policies costing between £30 and £80 a year, will soon receive a letter from giving more information on how to claim. The total redress bill could be up to £1.3bn, with individual customer compensation dependent on the type of policy, and the length of time it was held.

Today's compensation announcement is separate from the ongoing compensation scheme being offered by banks for people who have been mis-sold payment protection insurance, which is estimated to cost £15bn.

CPP sold its Card Protection product by emphasising that customers would benefit from up to £100,000 worth of insurance cover, but this was not needed because they were already covered by their banks. CPP also overstated the risks and consequences of identity theft.

As a result of the regulatory action, CPP stopped selling regulated insurance products.

The FCA said the compensation agreement, which will need to be approved by both those affected and the High Court, was the best way to ensure that customers got fair redress.

Chief executive Martin Wheatley said today's agreement was 'a good outcome for customers who may have been mis-sold the card and identity protection policies'.

He added: 'Doing it this way means customers will get redress via a simple and standardised process, so we are encouraging customers to approve the scheme when they receive their voting letters in the autumn.

'To try and ensure that as many people as possible hear about the arrangements and that nobody misses out on redress, CPP, the banks and the credit card issuers have agreed to pay for a series of adverts in the national newspapers.'

Alongside the CPP group, the banks that have agreed to pay compensation, which is expected to be paid from spring 2014, are:

The Royal Bank of Scotland

This article appeared in our August 2013 issue of The Actuary.
Click here to view this issue
Filed in:
08
Topics:
General Insurance