It is with deepest sadness that I write of the untimely loss of one of the stalwarts of the general insurance and actuarial professions, Dr. Wendy Hawes, who tragically passed away on Saturday, 27th July 2013.

It is with deepest sadness that I write of the untimely loss of one of the stalwarts of the general insurance and actuarial professions, Dr. Wendy Hawes, who tragically passed away on Saturday, 27th July 2013 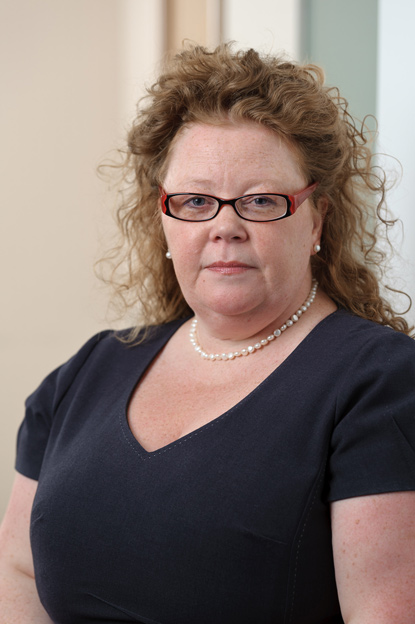 It is difficult to know where to begin in relaying Wendy's various academic, career and personal accomplishments as there were so many! She received a PhD from Liverpool University with a thesis on multi-dimensional motions of plane and space, before beginning her career in earnest as a lecturer in Pure Mathematics at Middlesex University. In 1997, she joined the Government Actuary's Department as a trainee actuary, and subsequently joined the Financial Services Authority (FSA) in 2001 as one of the founding members of its General Insurance Actuarial Team, where she progressed to Technical Specialist before being promoted to Manager in 2010. During this time, as a strong believer in the importance and value of regulation, she was a member of the pioneering group which helped to design the current regulatory risk and capital framework under ICAS (Individual Capital Adequacy Standards) and also had primary responsibility for actuarial supervision of the Society of Lloyd's. Wendy moved to the consultancy Lane Clark & Peacock in 2012 and was recently admitted to partnership, recognising her formidable talent as a general insurance actuary specialising in risk, capital management and regulation, including Solvency II. Here she also acquired her Lloyd's signing actuary certificate reflecting her considerable London Market experience. Board training represented a further area of expertise for Wendy, where she applied her talent for synthesising technical, actuarial concepts into meaningful and business-relevant messages for non-actuaries.

Wendy was never one to "sit on the fence". She was honest, assertive and impactful in expressing her views and gentle humour was rarely far behind; you were never in doubt as to where you stood with her, a quality so rare in this day and age, and one remarked upon by several friends, colleagues and clients as a real asset. I remember always teasing her playfully about her northern vernacular when she would speak. She was always quick to let me know that it was actually my command of the English language that was inferior, but equally that I had "nowt" to worry about "pet" as "mebbies" under her tutelage she could "learn me to talk propa"! Wendy was always unapologetic for how proud she was of her northern roots.

Wendy was one of the most generous people I knew. Never would your glass be empty at a work or social event for her buying drinks, and never would staff go hungry at the office for a seemingly endless supply of her famous "rocky road" or banana bread. Wendy was particularly generous with her time, notably as a manager of staff. Her door was never closed regardless of whether or not she was busy. You would never be turned away should you ever have an idea or issue to discuss. She was passionate about developing others, particularly actuaries of the future. Wendy's generosity and interest in learning and development extended to aspects of her significant voluntary work for the profession, not least as a newly elected member of the Institute and Faculty of Actuaries (IFoA) Council, as an 8 year veteran and recently appointed Deputy Chair of the General Insurance Research Organising (GIRO) Committee, as a previous member of the General Insurance Communications Committee, as an examiner for the IFoA's general insurance fellowship paper, and as a guest lecturer at Imperial and Cass Business School.

Wendy was so many things to so many people: a loyal friend, an inspirational manager, a thought leader, an esteemed colleague, a trusted advisor, a "mum at work" for several juniors in her teams, a protective sister, and a caring daughter. But most important to her were her roles as a loving wife to her husband Owen and as an utterly devoted mother to her son, Jack, around whom her world revolved each day. This was clear not least because never would a day pass in the office, be it at the FSA or at LCP or at her clients' premises, without an update on Jack's progress at school and his hectic schedule, which she co-ordinated seamlessly, or the various projects Owen was working on. She was fit to bursting with pride for both of them.

Wendy was a classically trained singer and shared her wonderful gift, to her LCP colleagues' delight, as choir mistress for their Christmas production last year. Rugby was also often a topic of conversation as both she and her family were keen followers of the sport. Wendy also enjoyed cooking and indeed food and drink, in general; many an important meeting or social engagement was conducted in one of London's many Michelin-starred dining establishments. Whether you were a friend or a client, no problem would remain insurmountable after a nice meal and a chat with Wendy. Oh, and the obligatory glass of chilled bubbles! This was her tipple of choice and certainly fitting for one of the most effervescent and fun personalities you could hope to encounter.

It is fair to say that Wendy's approach uniquely combined professional and personal aspects side-by-side. Through this she developed countless peers who enjoyed working alongside her, and several of these ultimately became close friends. Indeed, many in this group will have their own personal, treasured stories of their time spent with Wendy, and I am sure will share these stories over time so that Wendy's memory can live on.

Although we have lost such a beautiful, talented and special human being, I am convinced that all those whose lives Wendy touched will agree that their lives have been enriched for having had the privilege of knowing and working with her. For that both she and her family can be immensely proud. I hope this also offers a modicum of comfort to her extensive circle of friends, colleagues and family at this saddest and most testing of times.

This obituary for Dr. Wendy Hawes PhD FIA was written by Vishal Desai FIA, a family friend and colleague, with the help of several others who were also close to Wendy. A memorial service for Wendy is being arranged in the City, with the date and time to be advised in due course. Please contact Vishal Desai ([email protected]) for further details.

This article appeared in our August 2013 issue of The Actuary.
Click here to view this issue
Filed in:
08