The government must wield a regulatory stick unless the equity market reforms to rid itself of short-termism in line with recommendations of the Kay Review, MPs have said. 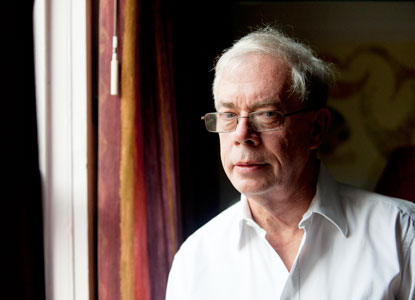 The business, innovation and skills select committee has urged minsters to immediately publish 'clear, measureable and achievable targets for implementation of the review.

MPs said the government should also state who is responsible for their achievement and the action that will be taken if a target deadline is missed.

Professor John Kay was appointed by government in 2011 to assess to what extent equity market participants are excessively focused on short-term outcomes and what should be done about this. After examining the incentives, motivations and timescales of market participants, and their interactions, Kay made 17 recommendations on how firms could be made more accountable to shareholders, including investors such as insurance and pension firms.

There was a need for a catalyst to ensure action was now taken, he said.

'It is not enough for the government to simply say it supports Kay's recommendations and then leave it to the industry to change of its own volition.'

Among the actions government should take, the Department for Business, Innovation and Skills should state what it considers a minimum acceptable level of sign up to Kay's proposed reforms to the stewardship code outlining the relationship between firms and their shareholders. Ministers should also say what action they would take f this were not met on a voluntary basis.

MPs also called on the government to commission a study of whether setting a tax on share trades, at the level of the average profit made on a high frequency trade in the UK, would improve stability.

\'We found some support for the concept of a financial transactions tax, but concerns about the practicality of its implementation,' Bailey explained. 'Something being difficult is not sufficient justification for rejecting it out of hand.'

MPs also called for a feasibility study on whether shareholders' voting rights should be linked to the time over which shares have been held.

The committee also endorsed Kay's recommendation that firms should do more to consult shareholders over appointments to company boards appointments. Government should also explain how it would deal with issues surrounding insider trading and confidentiality 'which inevitably accompany' board appointments. Ministers had 'shied away' from Kay's call for rules to be introduced regulating the pay and incentives of fund managers' incentives, but MPs said government must 'be involved, at the very least, in encouraging a cultural shift away from short-term to long-term performance-based pay.'

Responding to the committee's report, a Department for Business, Innovation and Skills spokeswoman said: 'We are fully committed to implementing the Kay Review and one year on have already made good progress, introducing reforms to the governance of executive pay, corporate narrative reporting and access to equity finance.'

This article appeared in our July 2013 issue of The Actuary.
Click here to view this issue
Filed in:
07
Topics:
Investment