Government spending on pensions and other age-related public services is set to increase over the next 50 years, the Office for Budget Responsibility has warned. 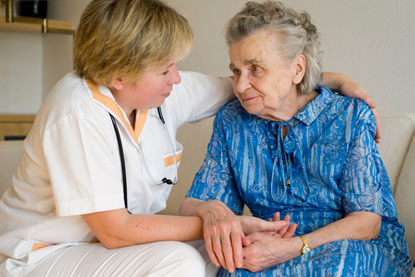 Its annual examination of the long-term health of the government finances found that increased spending on pensions and health services was the 'key' reason for the hike.

Among the projections, the report stated that the cost of the state pension would increase from 5.8% of gross domestic product currently to 8.4% in 2062/63 as the population ages. This is despite the government's plans to bring down costs by introducing the single-tier state pension, which merges the two existing state payments.

Public sector pension costs will also go up, the report found, due to the ageing population.

Although the government's reforms to public sector schemes reduced liabilities by £126bn in 2010/11, the latest figures for 2011/12 show an increase in the net present value of liabilities by £47bn, to just over £1 trillion. This reflects an additional year of accrued rights.

Long-term social care costs will also increase, from 1.3% of GDP in 2017/18 to 2.4%, as a result of both the ageing population and the introduction of a lifetime cap on certain long-term care expenses incurred by individuals. The cap, to be put in place by 2016/17, will increase spending by 0.3% of GDP by 2062/63, according to the projections.

Such spending increases, which are based on the current range of benefits continuing to be provided, are likely to be deemed 'unsustainable' by future governments, the report added. As the projections would lead to public sector debt increasing by nearly a quarter over the next five decades, it is likely action will be taken to cut entitlements, or increase taxes.

'It is clear that longer-term spending pressures, if unaddressed, would put the public finances on an unsustainable path in our central projection,' the report added.

This article appeared in our July 2013 issue of The Actuary.
Click here to view this issue
Filed in:
07
Topics:
Pensions