Labour Party moves to compel auto-enrolment pension schemes to help members shop around for the best annuity deal when they retire have been welcomed within the pensions industry. 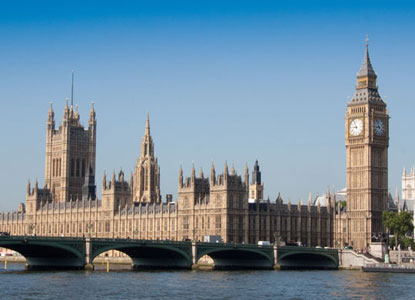 Shadow pensions minister Gregg McClymont is to table an amendment to the 2013 Pensions Bill, which he described as 'half a reform'.

McClymont said pension schemes should have the duty to direct savers to the best independent annuity advice or offer brokerage services themselves.

He said: 'For changes to the state pension to really work, the private pensions system must deliver value for money.

'Savers can lose a fifth of their pension income because the market simply isn't working. Ministers must now act on private pensions and ensure that there is fairness in the system - including in the purchase of annuities.'

Labour's amendment states: ''Any qualifying money purchase scheme must direct its savers to an independent annuity brokerage service or offer such brokerage services itself. Pension schemes shall ensure that any brokerage service selected or provided meets best practice in terms of providing members with an assisted path through the annuity process, ensuring access to most annuity providers, and minimising costs.

'The standards meeting best practice on decumulation shall be defined by the Pensions Regulator after public consultation, reviewed every three years, and updated, if required, subsequent to such reviews.'

Tom McPhail, head of pensions research at independent annuity broker Hargreaves Lansdown and chairman of the Pensions Income Choice Association, said:  'This is a vital amendment to the Bill as without it millions of investors would end up receiving sub-standard incomes from their auto-enrolment schemes when they reach retirement.

'The amendment ensures that investors will be given a decent chance of buying the right annuity at a competitive rate. A good shopping around service at retirement adds as much value as if you increased the contribution rate on pensions from 8% of earnings up to 11%.'

PICA says that after its lobbying, a Department for Work & Pensions/Treasury working group has been looking for ways to make shopping around for an annuity the default for members of defined contribution schemes.

This led to the Association of British Insurers' Code of Conduct, which includes minimum standards to govern the direct sale of annuities by insurance companies to individuals. PICA says this code only partly addresses the question of ensuring investors get the right type of income and does little to ensure they will get the best possible rate. In addition, many employees will be auto-enrolled into schemes which are not covered by the ABI code.

Recent ABI consumer research shows that only 22% considered buying an enhanced annuity and just 16% actually did so.

Hargreaves Lansdown said two-thirds of its customers in June used health and lifestyle factors when shopping around to increase their income in retirement. The average enhancement was 35.67%, based on comparing the lowest open market annuity rate with the highest rate. The analysis was based on 1,615 comparative enhanced annuity quotations produced by the broker's search engine  from 1 to 30 June 2013.

This article appeared in our July 2013 issue of The Actuary.
Click here to view this issue
Filed in
07