Ministers have struck a deal with the insurance industry that will keep flood insurance premiums affordable for households in high-risk areas, Chief Secretary to the Treasury Danny Alexander announced today. 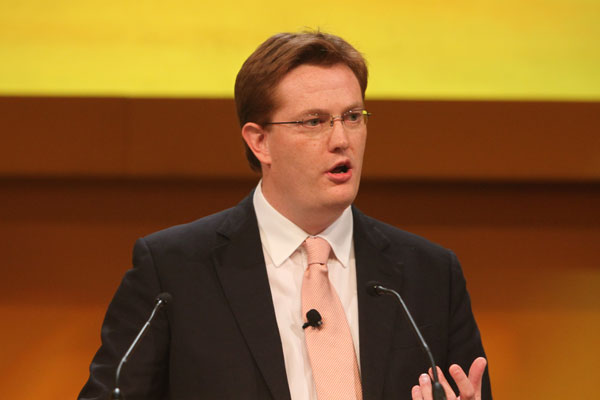 In his statement on infrastructure investment, Alexander confirmed that a Memorandum of Understanding on Flood Re had been agreed. 'The industry wants to do the right thing, as do we,' he said.

The not-for-profit scheme, run and financed by insurers, will cap flood insurance prices. Premiums will be linked to council tax bands ensuring support is targeted at those on lower incomes.

Flood Re would charge members firms a total of £180m each year, equivalent to a levy of £10.50 on annual household premiums. It has been designed to deal with at least 99.5% of years. Even in the worst half per cent of years, Flood Re will cover losses up to those expected in a 1 in 200 year - a year that would be six times worse than the flooding that occurred in 2007.

'Getting to this stage has required compromise by both sides and there remain issues that need to be overcome. For Flood Re to be established successfully there needs to be an unprecedented level of partnership between the government and the industry. But insurers and the government are now working towards a shared vision, with Flood Re as the government's preferred choice.'

Alexander also said that the government was prepared to take powers to allow it to regulate the flood insurance market. 'We are seeking these powers in the Water Bill, which we are today introducing to Parliament,' the chief secretary said.

A consultation, launched by the Department for Environment, Food and Rural Affairs, also began today and final proposals will be introduced to Parliament in the autumn.

This article appeared in our June 2013 issue of The Actuary.
Click here to view this issue
Filed in
06
Topics
Environment