Injured footballers are set to cost English Premier League clubs more than £100m in salaries, according to research by Towers Watson. 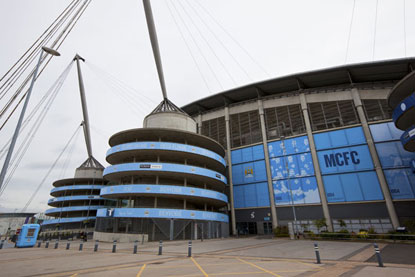 Actuaries at the consultancy found that this could be the cost for players unavailable through injury for at least 30 days in the 2013/14 season.

It said that applying better analytical models to injury risks could offer a predictive 'magic sponge' for clubs and their insurers.

Towers Watson studied data from nine football seasons up to 2009/10, covering 3,420 games in all, to try to identify those most susceptible to injury.

The principal factor in determining the likelihood of future injuries across the league was whether a player had previously suffered a severe injury, making them more likely to incur another within two years.

It also found players in the 29-31 age bracket, who sit on the bench for 60% or more of matches, carry a very high injury risk.

Players whose team finished in the top seven places in the previous season were more likely to suffer an injury than a player from a lower team, the firm said.

Some clubs seemed to be consistently badly affected by injuries in recent seasons, including Manchester City, Tottenham Hotspur, Everton and Newcastle United. Player absences were estimated to cost Manchester City £16m alone in an average season.

Senior Towers Watson consultant Paul Moorshead said: 'Spending on player wages now accounts for around 70% of Premier League clubs' combined income. Yet injury can, in the blink of an eye, still rob clubs of their prized assets for weeks and months on end, leaving them and their insurers to pick up the tab.

'There is nothing of course that actuaries, or anyone else for that matter, can do about the inevitability of injuries. But, just as has occurred in other areas of commercial insurance, data and models can help understand what contributes to them and the underlying risks.'

This article appeared in our June 2013 issue of The Actuary.
Click here to view this issue
Filed in
06
Topics
General Insurance