Central banks are likely to continue with quantitative easing over the next few years despite the programmes limited success so far, according to a leading economist. 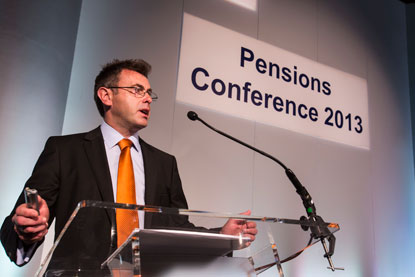 Speaking at the Institute and Faculty of Actuaries' Pensions Conference 2013, Neil Williams, chief economist at Hermes Fund Managers, said QE would be extended in the US, UK and Japan.

The US was committed to persist with QE until the outlook for the labour market improved 'substantially', Williams told delegates at the Newport, Wales, conference. As this was unlikely for some time, QE would continue at least through to the new year, he said.

'Then we potentially get a new Fed chair. Ben Bernanke could stand down in favour of his number two, Janet Yellan, and Yellan is even more dovish than Bernanke. So it does look like QE is not dead in the States.'

Williams added that the incoming governor of the Bank of England, Mark Carney, had made 'fairly expansionary' remarks and could try to loosen UK monetary policy to the levels of 2009 and 2011.

'What this equates to is an extra liquidity injection of over £300bn. If it is anything close to that, this will effectively double the stock of QE to north of £700bn.'

However, Williams suggested that Carney might hold off with more QE until later this year to establish his 'anti-inflation credibility'.

Turning to Japan, Williams said the country had been using QE for 15 years and now, under prime minister Shinzo Abe, it was 'trying to do it properly'. Abe had announced a $1.4trn QE programme in April. Japan was attempting 'foreign currency QE' but so far was not succeeding, Williams told delegates.

Williams referred to a recent Economic Outlook from Hermes Fund Managers, which claimed that QE across the major economies had only been 'partially successful' in boosting demand and generating inflation. A further problem with QE was the lack of an exit strategy.

'We have yet to see a fully independent central bank turn off QE,' the analysis suggested. 'And, as we know from Japan, QE acts like a drug; the more you use it, the more you need it.'

This article appeared in our June 2013 issue of The Actuary.
Click here to view this issue
Filed in:
06
Topics:
Pensions
Share