The European Commission has dropped plans to introduce new capital requirements for pension schemes when it overhauls the Institutions for Occupational Retirement Provision Directive later this year. 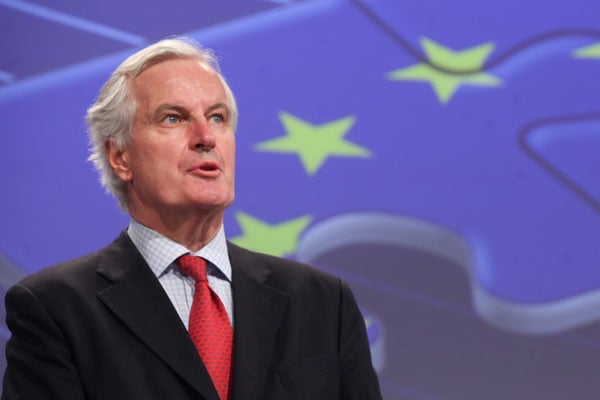 Michel Barnier, the internal market and services commissioner, today said that, while there was an 'urgent' need to improve scheme governance and transparency, 'more complete data' and 'technical work' was needed before any legislation could address scheme solvency.

Plans to apply capital requirements to pensions, similar to those being introduced for the insurance industry under Solvency II, have proved controversial with governments, the pensions industry and business leaders. Figures published by the European Insurance and Occupational Pensions Authority last month estimated the proposals could push up UK defined benefit pension deficits by £150bn.

Barnier today stressed that, while he wanted to address weaknesses in pension funds, he did not want to stop pension funds from being able to invest in the economy.

'My priority is to protect future pensioners,' he said. 'We must face up to the weaknesses in some occupational pension funds. However, I have no desire to penalise national systems which work well. And I especially do not want, in the current fragile economic situation, to harm the ability of pension funds to play their role as long-term investors.'

Solvency II itself would also need to be in place before any proposal relating to pension fund solvency was brought forward, the commission said.

In light of this, Barnier explained: 'I have decided first of all to present a legislative proposal focusing on governance, transparency and reporting requirements for occupational pension funds. On those aspects there is broad consensus, at least on the principles.'

This proposal, which will be presented in the autumn, 'will not cover the issue of solvency rules for pension funds, which will for the time being remain an open issue,' he said.

'In my view, the situation should be re-examined once we have more complete data. I emphasise that with regard to solvency rules, we must not lose sight of the need to guarantee in the longer term a level playing field between different providers of occupational pensions.'

However, despite the absence of any new capital requirements in the short-term, countries with under-capitalised pension funds should take 'necessary measures' without delay, Barnier stressed.

Today's announcement was welcomed by PensionsEurope, which brings together groups representing funds in 23 European countries.

Matti Leppälä, PensionsEurope secretary-general and chief executive, said:  'Commissioner Barnier has made the right decision as it is vital to take more time for a thorough analysis of the effects of possible changes in solvency rules, which differ greatly between member states.

'The European pension funds and other IORPs have to be able to contribute to the growth of European economy and employment and the solvency rules have to enable this. The changes in pension landscape, and especially the shift from defined benefit to defined contribution schemes, poses many new challenges in pension fund governance and disclosure of information to scheme members and beneficiaries.'

However, Jonathan Camfield, partner at consultancy LCP, noted that UK pension schemes could still face an additional 'burden' if, as it now appears, the commission pushes ahead with changes in governance, transparency and reporting requirements.

'It is reasonable to assume that this includes the possibility of requiring pension schemes and sponsoring companies to disclose new financial information that is prepared in line with insurance company style regulations,' he explained.

'Preparing this information would be an unwelcome additional burden on UK pension schemes. But perhaps more importantly, it runs the risk of becoming a measuring stick for pension risk. For example, ratings agencies, credit analysts, lending banks and investors might start using the numbers to assess pension risk for UK companies. This might be fine if the required figures were fit for purpose, but from everything we have seen so far, we strongly suspect they won't be.'

This article appeared in our May 2013 issue of The Actuary.
Click here to view this issue
Filed in
05
Topics
Global