Michael O'Higgins, the chair of The Pensions Regulator, has dismissed MPs calls for a single regulator for workplace pensions. 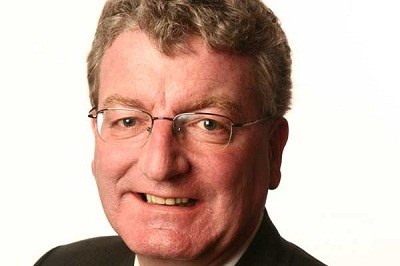 Instead, he said applying common standards to both contract- and trust-based pension schemes would be a better option and shouldn't be significantly different from a regime governed by a single regulator.

Currently, TPR has regulatory responsibility for trust-based DC schemes, but the successor to the Financial Services Authority, the Financial Conduct Authority, regulates contract-based schemes. Last week, the Commons work and pensions committee claimed having more than one watchdog had created 'inconsistent regulation'. The MPs said government should consider creating a sole regulatory body.

But, commenting on the potential for a single regulator at a National Association of Pension Funds' conference in London today, O'Higgins said: 'We haven't set out any case for wanting to be regulator across the piece. We're very clear that if you were to move the boundary of regulation you'd then create another boundary - the FCA would still have a role in regulating investments. There isn't a solution that ties everything up and doesn't create a regulatory boundary.'

Instead, O'Higgins said his hope was that all DC schemes - both contract- and trust-based - would apply the six principles for good workplace DC pension provision and their underlying features, which TPR published last year.

'My own preference would still be that we work to the same principles and the same quality standards in regulating schemes and if we can do that the fact that there are two regulators shouldn't make too much difference,' he said.

O'Higgins also suggested that, now the FCA was 'fully up and running', it might become easier to ensure both TPR and the FCA are applying the same principles to regulation.

'But I think industry can help by asking the FCA what they're doing about it and to what extent they agree with our principles,' he added.

This article appeared in our April 2013 issue of The Actuary.
Click here to view this issue
Filed in:
04
Topics:
Regulation Standards