Being an actuary has been ranked the best job in the US by recruitment website CareerCast.com, with the high pay, low stress and robust hiring prospects the role offers helping it to top the list of 200 occupations surveyed. 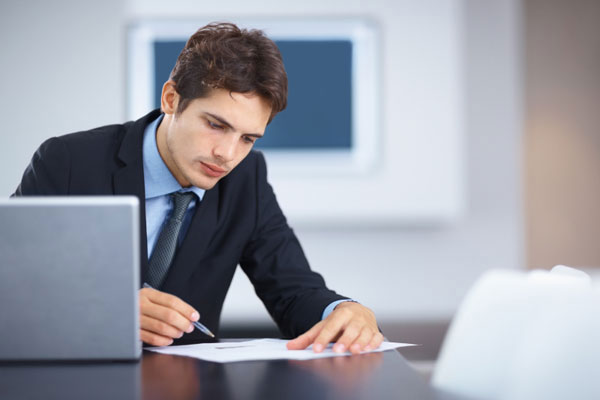 The firm's 2013 Jobs rated report, which was published today, ranks being an actuary one place higher than the same study last year, when software engineer took top spot. The report, which is in its 25th year, ranks occupations using a methodology which takes into account working environment, income, the potential for a sector to grow, income outlook and stress.

Software engineer moved down from first to third in the league table, with biomedical engineer taking second place. The top five was completed by audiologist in fourth place and financial planner in fifth. At the other end of the table, newspaper journalist was ranked the worst job, ahead of lumberjack, enlisted military personnel and actor.

The report noted that being an actuary can offer rewarding opportunities for those skilled in mathematics and statistical analysis. 'The career is challenging, and becoming an actuary requires passing a series of three exams. It's also constantly evolving,' it said.

It details a median salary for US actuaries - based on Bureau of Labor Statistics' figures - of $87,650 a year. The role is rated just 44 out of 81 for its emotional and physical demands, with a higher score equating to a more demanding work environment.

It also highlights the opportunities for actuaries being offered by the imminent implementation of the Affordable Healthcare Act. The act, which was signed into law in 2010 and will be introduced next year, extends healthcare benefits to many of the US's 48.6 million uninsured citizens.

David Hare, President-elect of the Institute and Faculty of Actuaries welcomed the findings of the research.  'The results of this survey provide further evidence of the great opportunities for career satisfaction and advancement offered by pursuing a career as an actuary,' he said. 'Actuaries' skills are in great demand throughout the world and across a broad range of industry sectors.'

This article appeared in our April 2013 issue of The Actuary.
Click here to view this issue
Filed in
04
Topics
Professional