Younger workers 'most likely' to be planning pension increase

Over half of workers aged between 25-34 are planning to increase the amount they save towards their retirement in the next year, according to figures published today by the National Association of Pension Funds. 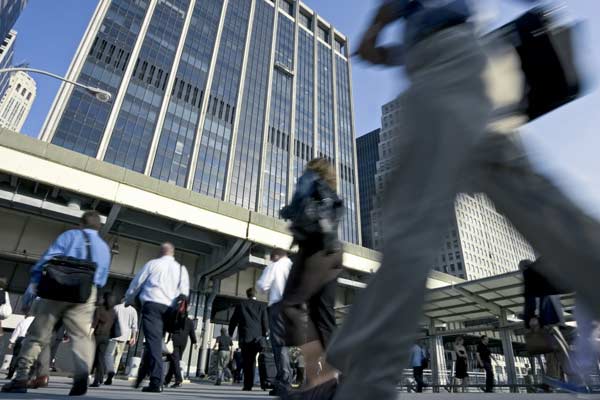 Research carried out as part of the NAPF's latest Workplace pensions survey found 53% of respondents aged 25-34 were planning a contribution increase in the near future. This was above the survey average of 38% and significantly above the 26% of those aged 45-54 planning to save more.

Almost half (47%) of the '80's generation' also said they wished they had taken more interest in saving for retirement at an earlier age. This was the highest for any age ground and was also above the average of 42%.

A similar proportion (43%) of workers aged 25-34 also said they had talked about pensions more over the last year than in previous year, with only those nearing retirement (aged 55-64) more likely to have increased their interest in the subject.

Joanne Segars, chief executive of the NAPF, said the results of the survey showed that young workers who had previously been dubbed 'the ostrich generation' due to their reluctance to plan for their retirement were 'taking their heads out of the sand'.

'The 80s generation faces huge financial pressures in paying off student debt or building a deposit on a home. That so many are thinking about saving more and sticking with their new workplace pension is a really positive development,' she said.

'There has been a lot of public debate about pensions and retirement over the past few years, and that has fuelled awareness among younger people. Many have also heard about the government's drive to automatically put all workers in a pension.'

She added: 'We still have a long way to go to raise interest among workers in their early 20s, but the key thing is that the earlier you start saving, the better. The UK needs to do much more to save for retirement.'

The proportion of 25-34 year olds who were not yet in a workplace pension but planned to stay in once they were auto-enrolled was also above average at 65%, compared to 50% across all age groups surveyed.

But, 44% of the members of that age group who are already in a workplace pension said they did not know whether their scheme was a good one or not - above the 32% average, and 45% were 'not comfortable' with their approach to retirement saving - higher than the 37% average.