Chancellor George Osborne has used his Budget to rule out plans to allow pension schemes to smooth the value of their assets and liabilities over a number of years in funding valuations. 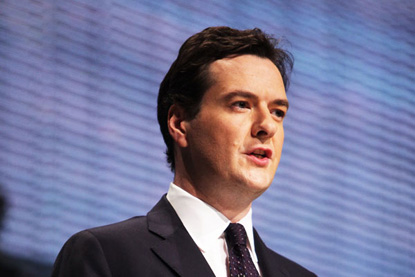 The Department for Work and Pensions' call for evidence on the potential for introducing smoothing had not revealed a 'strong case' for the legislative change needed for it to happen, he said.

However, he revealed that The Pensions Regulator will be given a new statutory objective to consider growth when it is looking at pension schemes' long-term funding plans, noting that recent economic conditions had put companies sponsoring DB schemes under 'significant funding pressure'.

'The government will provide The Pensions Regulator with a new objective to support scheme funding arrangements that are compatible with sustainable growth for the sponsoring employer and fully consistent with the 2004 funding legislation,' the Budget 'red book' explained.

'We therefore welcome the chancellor's announcement today which demonstrates that the government has listened to industry concerns about smoothing.'

This was echoed by Joanne Segars, chief executive of the National Association of Pension Funds, who said using the full flexibility of the current funding regime was a 'sensible approach'.

Segars also welcomed the announcement on a new objective for The Pensions Regulator. 'We back the broader focus of the objective and look forward to seeing more detail,' she said.

'The new objective needs to strike the right balance between protecting savers' interests, helping good defined benefit pensions remain open, and ensuring pension regulation does not hinder investment and growth. We will be keeping a close eye on how the regulator meets this new goal.'

Andrew Gaches, a partner at consultancy Hymans Robertson, added: 'A new objective allowing for the sustainable growth of sponsoring employers will shift the balance, loosening the short term burden on companies where appropriate. Used sensibly, this approach is good news for sponsors and for their medium term ability to ensure legacy DB schemes do deliver the benefits promised.'

In his speech, Osborne also confirmed the introduction of the single tier state pension will be brought forward from April 2017 to April 2016. This reform 'will help the low paid, the self-employed and millions of women most of all', he said. The widely-trailed plans were first announced by Osborne on Sunday.

Of the £5.5bn in additional National Insurance contributions being raised by ending contracting out of the second state pension a year early, £1.6bn will be used to create a new Employment Allowance, the chancellor revealed.

This will take the first £2,000 off the employer National Insurance bill of every company, making it a 'tax off jobs', Osborne added.

This article appeared in our March 2013 issue of The Actuary.
Click here to view this issue
Filed in
03
Topics
Regulation Standards