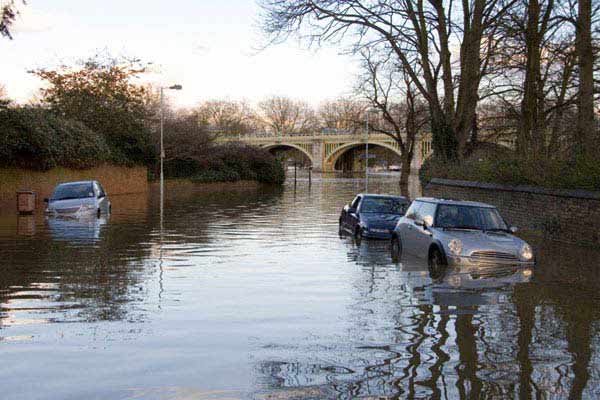 Last year was the wettest year on record in England and Wales and the second wettest in the UK. Insurers handled 486,000 claims for flood and storm damage from homeowners, businesses and motorists, equivalent to 1,330 claims a day, the ABI said.

According to the association's figures, the average claim payout for flood-damaged properties (both domestic and commercial) was £18,200, while for storm damage it was £1,300.

The vast majority (411,000) of flood and storm claims were for damaged homes and insurers paid out £690m to repair damage and replace ruined possessions. There were 47,000 business property claims resulting from flood and storm damage, with total payouts of £373m. Insurers also paid out £40m in business interruption payments so companies could continue trading while their businesses were being repaired.

A further 27,000 claims were received for flood and storm damaged vehicles, resulting in payouts totalling £84m.

Nick Starling, the ABI's director of general insurance, said: '2012 may have been a record-breaking wet one, but it was business as usual for insurers, who helped thousands of customers recover from the trauma of flooding. Insurers expect bad weather to strike anytime, anywhere and last year highlighted the vital role insurance plays in helping communities recover from our increasingly volatile weather.'

Starling reiterated his call for political consensus to address the threat posed by flooding, and in particular investment in flood defences and 'sensible' planning decisions. He also urged government to work with the insurance industry as talks between the two parties continue on a new agreement to guarantee affordable cover for households in high-risk flood areas. The 'Statement of Principles' which currently guarantees this is due to expire at the end of June.

This article appeared in our February 2013 issue of The Actuary.
Click here to view this issue
Filed in
02
Topics
Environment