Catastrophe losses will reach $65bn this year, says Swiss Re

Insured losses from natural catastrophes and man-made disasters are expected to reach approximately $65bn this year  almost half the amount posted in 2011, Swiss Re said today. 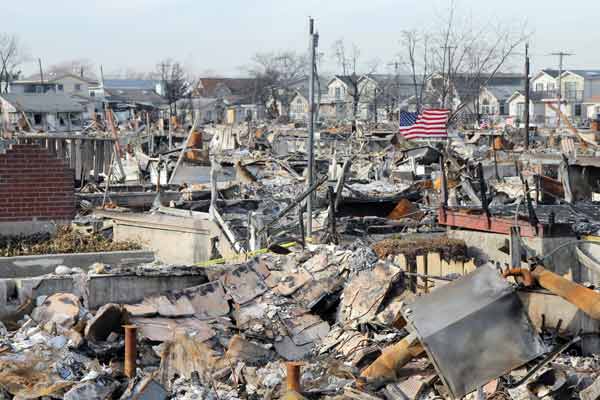 Natural catastrophes alone will have led to 11,000 lives lost this year and around $60bn in insured claims, according to the reinsurer's estimates.

After a benign first half of the year, Hurricane Sandy and drought in the US in the second half of 2012 mean that economic losses from natural catastrophes and man-made disasters are expected to total at least $140bn.

The insured losses from Hurricane Sandy are expected to total $20-25bn, making it the most costly insured catastrophe event in 2012. Swiss Re noted that the estimated losses from the weather event are relatively high despite it being weaker in comparison to others, partly due to the combination of moon tides and interference with concomitant weather patterns amplifying the impact.

Insured losses from the US drought between July and September are forecast to total $11bn after extremely dry weather conditions and limited snowfall affected more than half the country.

All of the top five insured loss events this year were in the US, in contrast to 2010 and 2011 when historic losses came from record earthquakes and floods in Asia Pacific and South America. This year's total insured losses pale in comparison to the $120bn posted last year.

Kurt Karl, Swiss Re's chief economist, contrasted the high rates of insurance cover in the US with the low rates of coverage elsewhere in the world.

'Severe weather events continue to affect many parts of the world. Although insurance cannot bring back lost lives, many people and businesses can rely on financial relief from insurance cover, as is the case for the US,' he said.

'However, in large parts of the globe that are prone to severe weather events, people and businesses could increase risk-preparedness by eliminating underinsurance.'

This article appeared in our December 2012 issue of The Actuary.
Click here to view this issue
Filed in
12
Topics
Environment