Business leaders have warned Chancellor George Osborne that any cut to pension tax relief for higher earners in next weeks Autumn Statement would be an income tax, not a wealth tax. 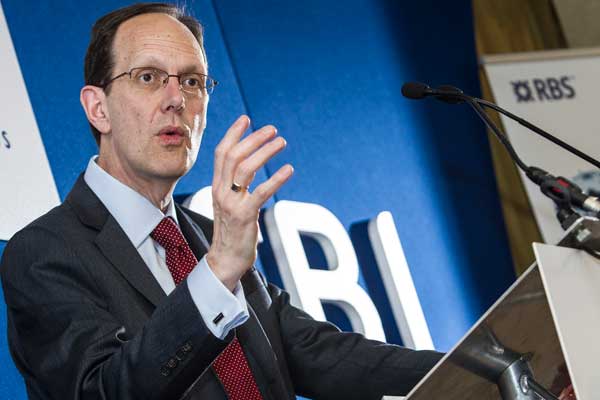 Media reports have claimed Osborne is considering reducing the annual amount people can save towards their pension tax-free, which is currently £50,000, to increase government revenues by up to £1.8bn.

However, CBI director-general John Cridland today claimed that this would have a negative impact on small business investment and work against efforts to encourage people to save more for retirement.

'Lowering the threshold below £50,000 is not a wealth tax - it's an income tax which would hit swathes of middle-income earners,' he said.

'This would hit small business owners who invested heavily in their companies in the early years so back-load pension contributions to the end of their working lives, particularly hard.'

Cridland added: 'It would also be a major blow to professionals saving in defined benefit schemes - like senior nurses, retail store managers or gas engineers ­- who get a pay rise or a promotion.'

In its Autumn Statement submission to the chancellor, published today, the CBI also called on the government to address the 'chilling effect of mis-priced pension deficits' by changing the way pension schemes calculate their liabilities. Companies are having to 'unnecessarily' pump money into their pension schemes, to the detriment of their ability to invest in their business, it explained.

'Demands for additional cash are driven by pricing models that use current depressed gilt yields to price liabilities - effectively assuming the current gilt rate persists indefinitely,' it said. 'While this may be justifiable actuarially, economically speaking it leads to a pro-cyclical effect that chills businesses ability to invest for growth.'

The government should take 'swift action' to introduce a sustainable growth objective for The Pensions Regulator which would encourage it to elevate economic concerns. It was also urged to 'follow the lead of governments around the world' by allowing the smoothing of gilt rates over 10-15 years in liability calculations.

This article appeared in our November 2012 issue of The Actuary.
Click here to view this issue
Filed in
11
Topics
Investment