Talks aimed between government and the insurance industry which aim to ensure homeowners at high-risk of flooding can receive affordable cover have reached an impasse, the Association of British Insurers claimed today. 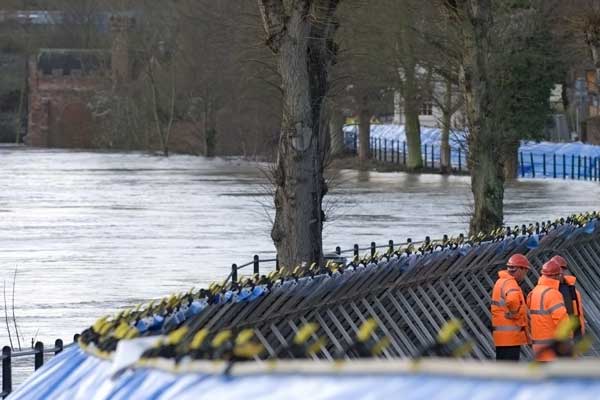 According to the ABI, ministers have 'indicated' they will not provide the temporary overdraft facility needed to get a proposed not-for-profit special insurance fund for high-risk households up and running.

The fund is intended to help the 200,000 households who will otherwise struggle to get affordable household insurance when the current Statement of Principles agreement between insurers and the government expires at the end of June 2013.  The Statement obliges insurance companies to provide flood cover as part of standard insurance policies.

Under the ABI's plans, the fund would be paid for by a small levy on insurance policies reflecting the level of existing price cross-subsidy between the policies sold to high-risk and low-risk households.  The temporary overdraft facility it has asked the government to provide would cover the scheme in the event of a major flood taking place in the first few years of its operation, with any money used being paid back as the scheme progresses.

Nick Starling, director of general insurance at the ABI, said: 'The government has indicated it will not provide any temporary overdraft facility for the insurance industry's not for profit scheme, which makes it very difficult for it to go ahead.

'As a result, negotiations have hit an impasse. Insurers know their customers are increasingly worried about flood cover and we will therefore continue talks with government to try and find a way forward.

He added: 'The severe floods experienced by many areas of the UK this year are a reminder of the rising flood risk facing the UK. It is therefore vital that insurers and government tackle this issue together - this is not just a problem for insurers. No country in the world has a free market for flood insurance with high levels of affordable cover without some form of government involvement.'

A spokeswoman for the Department for Environment, Food and Rural Affairs said she had no comment on the specific statements made by the ABI in relation to the temporary overdraft facility and that the department was 'not going to negotiate in public'.

But, she told The Actuary that 'discussions are ongoing and we're looking at a number of options'.

Earlier this year, councils warned that delays in finalising a successor agreement to the Statement of Principles were already making it both harder and more expensive for high-risk householders to secure flood insurance.

This article appeared in our November 2012 issue of The Actuary.
Click here to view this issue
Filed in
11
Topics
Environment