Defined benefit pension schemes need to be given leeway in how they report their financial situation to offset the way quantitative easing is inflating their deficits, the National Association of Pension Funds said today. 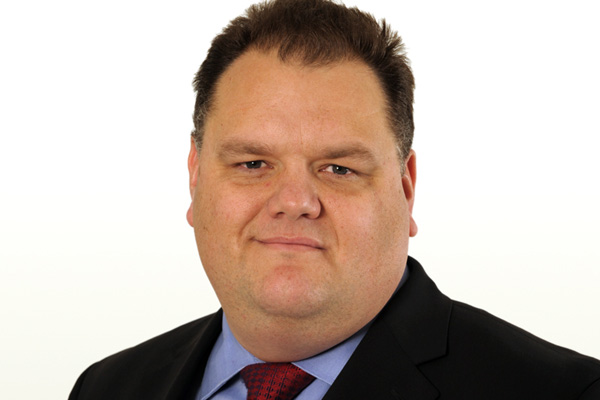 The NAPF called for funds to be allowed to add a small margin to the discount rates that are used to calculate the long-term return on their investments in government bonds, also known as gilts.

Gilt yields, which pension schemes are heavily invested in, have fallen significantly as a result of the Bank of England's £375bn quantitative easing programme, which involves the Bank buying gilts to increase their price and reduce their return.

According to the NAPF, the policy has 'heavily skewed' pension deficits by inflating the assets that schemes must hold in order to meet their future benefit commitments.  It believes that, even before the most recent £50bn round of QE was announced in March, the policy had added £90bn to scheme deficits.

Speaking at the NAPF's annual conference in Liverpool today, he said: 'Businesses are very worried about channelling cash away from jobs and investment and into pension deficits. This could damage the wider economy, which is the opposite of what QE is meant to do.

'We are not against QE, but we are asking for a better way of dealing with its adverse side effects.

'Discount rates are being calculated on artificially depressed gilt yields, and those false foundations are putting a lot of stress on businesses trying to keep a final salary pension going. We cannot predict the next 40 to 50 years on the basis of gilt prices that have been in turmoil for the past three.'

According to the NAPF, if Chancellor George Osborne announces a temporary adjustment of 0.5% to the discount rates used with gilt yields in his Autumn Statement, £20bn would be wiped off the deficits of schemes currently going through their tri-annual valuation process.

Hyde Harrison added: 'The authorities need to say to those running pension schemes that it's OK for a higher rate to be used, at least until things return to some normality. The regulator's current approach is - do the sums and then we'll talk about how we can make them work. We're saying let's get the sums right in the first place.

'Letting pension funds raise the discount rate ceiling could make a huge difference - wiping over £20bn off their deficits. It is a relatively straightforward fix and needs no legislative change.'

In its first annual funding statement, published in April, The Pensions Regulator rejected calls for it to allow schemes to make allowances for low gilt yields and QE in their future funding assumptions, claiming it would involve them 'second guessing' the market.

However, this month, the regulator said that schemes currently carrying out their valuations would be given more breathing space when setting out how they plan to cut their deficits.

Responding to the NAPF's latest call, TPR executive director for DB funding, Stephen Soper, said schemes already had enough flexibility to calculate how they would meet their funding requirements.

'The UK funding framework gives employers the flexibility to smooth payments over several years to take account of affordability, and to use assets and security other than cash,' he said.

He added: 'No valuation measure is an entirely accurate guide to the future, but our view is that adjusting discount rates for liabilities alone risks simply picking the answer you want, and ignoring the reality of the situation. Our recent analysis and engagement with industry specialists has confirmed that there's no need for schemes to make significant adjustments to assumptions to achieve a sustainable recovery plan.'

This article appeared in our October 2012 issue of The Actuary.
Click here to view this issue
Filed in:
10
Topics:
Regulation Standards