Work and Pensions Secretary Iain Duncan Smith has confirmed that the coalition government will go ahead with the introduction of a new single tier state pension. 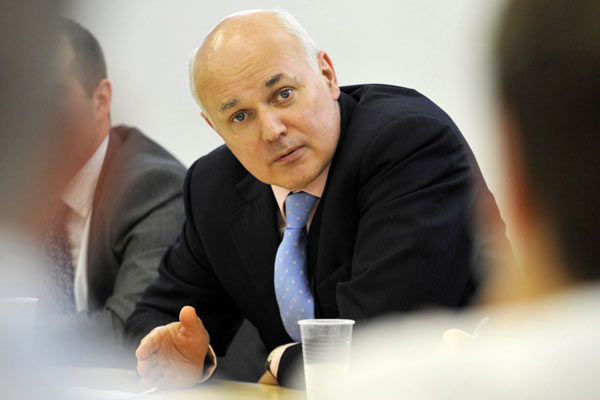 Speaking at the Conservative Party Conference yesterday, he accused Labour of having 'nearly destroyed' pension saving when they were in government.

'Their means test meant those who tried to save too often retired on less than those who never saved at all,' he said. 'The result now is 11 million people who don't save enough for retirement.'
'We are creating a single tier pension ­- which will mean, if you contribute, you will receive a pension above the means test,' Duncan Smith explained.

'You don't support pensioners by penalising them when they save,' he said, adding 'that isn't welfare, it's unfair - and we have to change it'.

The single tier will also ensure that, for the first time ever, people taking a break in work, such as mothers, will receive full contributions, something Duncan Smith said would give them a chance of their own full pension.

Last month, it was reported that Prime Minister David Cameron had 'personally put the brakes' on plans for state pension reform due to concerns over their impact on key potential Conservative voters. The publication of details of the proposals, which had been expected this summer, has already been put back until this autumn due the 'complexity, scale and importance' of the planned reforms.

In his speech, Duncan Smith also highlighted the significance of pensions auto-enrolment, which he said could bring up to nine million people into workplace pensions saving. The introduction of auto-enrolment began last week with the UK's largest employers.